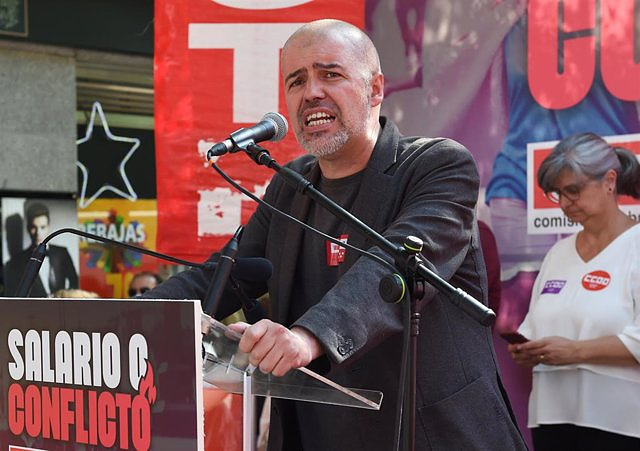 The general secretary of CC.OO., Unai Sordo, has described as "extremely negative and very worrying" the rise in the CPI in July to 10.8%, which will lead the union to reinforce "the strategy of wage dispute through collective bargaining.

In an interview with Radio Euskadi, collected by Europa Press, he referred to the advance CPI data that now amounts to 10.8%, the highest figure since 1984.

Sordo has stated that the assessment is "very negative" and because, in addition, it responds to increases in electricity, food, clothing and footwear, which are "very basic consumption for ordinary people."

The union leader has added that underlying inflation is also at 6.1% and has indicated that the increase in the costs of energy, raw materials and food "in large part" is being passed on by companies in prices to consumption and that means that inflation is "crazy" and that "wages and incomes of the vast majority of the population are deteriorating in a very important way".

Therefore, he has assured that the assessment is "extremely negative, very worrying" and leads them to reinforce "the wage dispute strategy through collective bargaining."

‹ ›
Keywords:
CCOO
Your comment has been forwarded to the administrator for approval.×
Warning! Will constitute a criminal offense, illegal, threatening, offensive, insulting and swearing, derogatory, defamatory, vulgar, pornographic, indecent, personality rights, damaging or similar nature in the nature of all kinds of financial content, legal, criminal and administrative responsibility for the content of the sender member / members are belong.
Related News