He sees the PP "in marginal positions" against the European right" and Vox as an "openly anti-democratic and anti-enlightened" force. 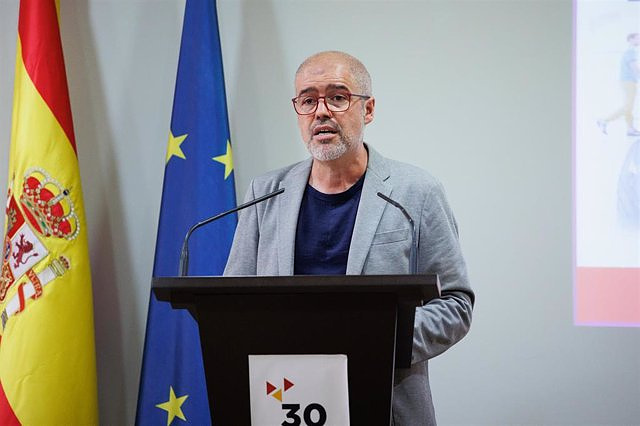 The general secretary of the CCOO, Unai Sordo, has stated that the trade union center will promote mobilizations during the coming fall if the CEOE remains "stubborn" in not negotiating wage increases. Likewise, he has defended that establishing a tax on banks or electricity companies is not only "not unreasonable, but also common sense."

In statements to Radio Euskadi, collected by Europa Press, the union representative has also stated that if the Government wants to promote an income pact, what it has to explain is "what measures it puts on the table to facilitate it."

After acknowledging that autumn "looks complicated" as there is a situation of "a lot of uncertainty marked by a war and its consequences", he warned that all this will cause "intense socio-economic and labor effects".

In this sense, he has recognized that there will be an autumn of mobilizations if the employers do not negotiate a wage increase. As detailed, both during next autumn and in 2023 there will be "numerous conflicts that arise around collective agreements to the extent that the loss of purchasing power as a result of inflation and the freezing of wages is consolidated" .

"In addition, from CCOO we are going to promote mobilizations beyond the agreements, general mobilizations to denounce the attitude of the CEOE if it continues to be stubborn in it," he added.

In his opinion, "a general agreement" on wages is necessary that can be transferred to collective agreements in such a way that, although "it is not realistic" to think that wages will now rise by 10 percent, it is the years 2022, 2023 and 2024, revision clauses are established that allow the loss of purchasing power to be recovered.

On the other hand, Sordo has referred to a possible income agreement and has stressed that "the most complicated part is the salary agreement, since the CEOE is very stubborn in not agreeing on salaries in reasonable terms of recovery of purchasing power" .

"If the Government wants to promote an income pact, what it has to explain is what measures it puts on the table to facilitate it. It has done something like limiting the price of gas, it is committed to revaluing pensions based on inflation, but it can do more things like use taxation or better protect the unemployed", he listed.

Regarding the pension reform, Sordo has described it as "very positive" and has chosen to speak now of "the income policy to guarantee the viability of the system".

Questioned by the proposal of the second vice president, Yolanda Díaz, to contain the price of basic foods, the union leader has affirmed that we are experiencing a "very delicate moment" and "exceptional measures" must be taken.

"Some prices need to be capped. There is a lot of talk about food, but I also want to refer to electricity prices and fuels that affect the shopping basket by making it more expensive," he added.

In his opinion, it is possible to limit prices "simply by making companies maintain the surpluses they had between 2017 and 2019." "That they maintain reasonable profits and are compatible with a price limitation. These types of measures, which seemed like outdated communists, are beginning to be valued by the European Commission", he has expressed.

In addition, he has considered that a tax on banks or electricity companies is not only "not unreasonable, but also common sense." "Taxes on profits should be extended to the entire production system," she maintained.

On the other hand, he considered that raising interest rates to contain inflation "is not going to work very well and may even be counterproductive" and slow down the economy.

Likewise, he has stated that "he sees no possibility" that the Government of PSOE and United We Can fall and has considered that the president, Pedro Sánchez, will try to speed up the call for elections as much as possible.

"There is a looming threat, according to the polls; the possibility that the right wing will win the next elections... the right wing in Spain has had a somewhat reactionary process in recent years, highly influenced by the irruption of Vox's neo-fascism and of a PP that is in very marginal positions with respect to the European right", he indicated, while accusing the formation of Santiago Abascal of being "an openly anti-democratic and anti-enlightened force".

‹ ›
Keywords:
CCOOCEOE
Your comment has been forwarded to the administrator for approval.×
Warning! Will constitute a criminal offense, illegal, threatening, offensive, insulting and swearing, derogatory, defamatory, vulgar, pornographic, indecent, personality rights, damaging or similar nature in the nature of all kinds of financial content, legal, criminal and administrative responsibility for the content of the sender member / members are belong.
Related News