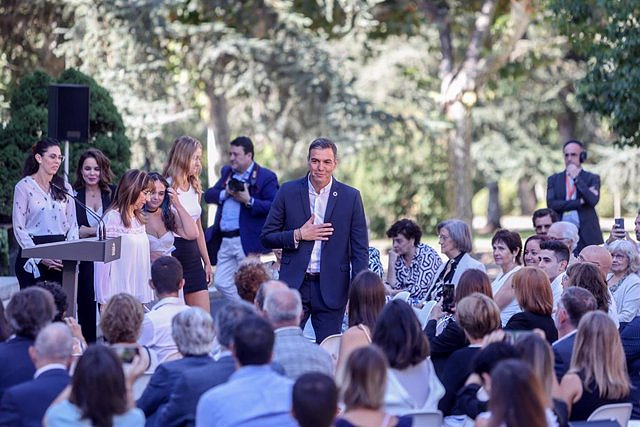 The President of the Government, Pedro Sánchez, warned this Monday that he is going to combat the idea that "the one who governs is elected but not the one who commands" and the "widespread" perception that there are powers "that do not present themselves to the elections but who decide and influence the politics and laws of the Executive", he indicated.

In an act in La Moncloa that has marked the beginning of the political course, the president has invited fifty citizens who had written to the Presidency of the Government throughout this legislature to convey their concerns and requests.

Thus, he added that he will fight against the "generalized" belief that there is an economic power "above" the political power that emanates from the democratic vote and the institutions that represent it.

During his speech, Sánchez has defended the action of the Executive that governs for the middle and working class, as he has maintained, against the interests of "the economic powers" and those who, as he has launched, "believe that they have the innate right to monopolize and condition debate in the public sphere".