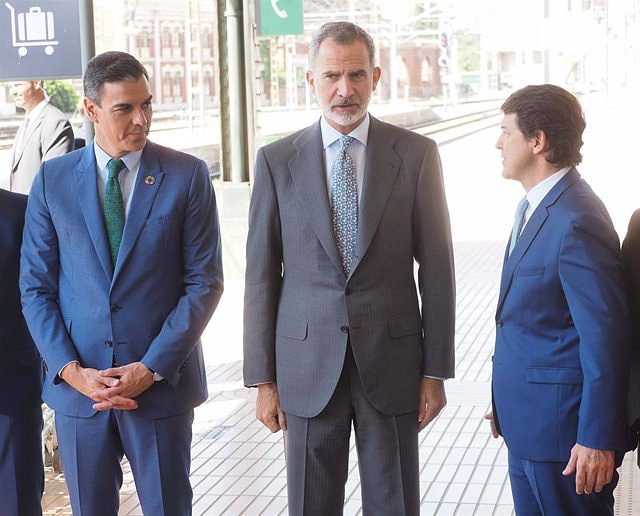 The audience between King Felipe VI and the President of the Government, Pedro Sánchez, will take place next Tuesday at the Marivent Palace (Mallorca), according to government sources told Europa Press.

The Government will therefore advance to Monday the weekly Council of Ministers that is usually held on Tuesdays. This is also the last meeting of the members of the Executive before the summer holidays.

The Chief Executive will arrive at the last meeting of the Government directly from his tour of the Balkans, which ends on Monday morning. From Friday he will visit Serbia, Bosnia and Herzegovina, Montenegro, North Macedonia and Albania.

The King and Sánchez thus celebrate the traditional summer office that ends the political year before the summer break and the start of the new political year in September. Previously, this Thursday, the Minister of the Presidency, Relations with Parliament and Democratic Memory, Félix Bolaños, will also be in Mallorca, where he will meet with the President of the Balearic Government, Francina Armengol, with the President of the Consell, Catalina Cladera and with the mayor of Palma, José Hila.

‹ ›
Keywords:
MallorcaPedro SánchezRey Felipe
Your comment has been forwarded to the administrator for approval.×
Warning! Will constitute a criminal offense, illegal, threatening, offensive, insulting and swearing, derogatory, defamatory, vulgar, pornographic, indecent, personality rights, damaging or similar nature in the nature of all kinds of financial content, legal, criminal and administrative responsibility for the content of the sender member / members are belong.
Related News