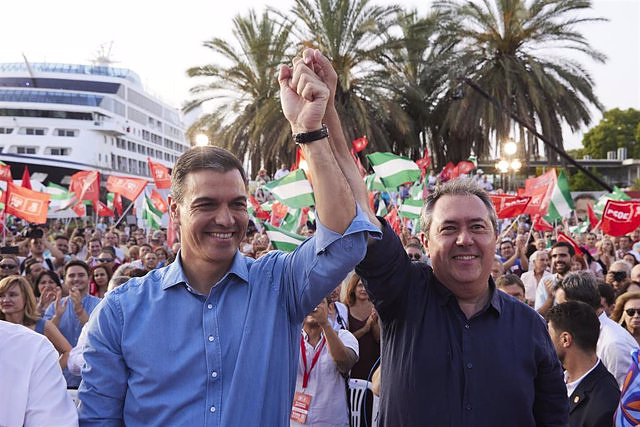 The President of the Government and Secretary General of the PSOE, Pedro Sánchez, has summoned the territorial leaders of his party for next September 17 in Zaragoza, as part of the preparations for the municipal and regional elections that will be held next month of May, according to what socialist sources inform Europa Press.

This is the meeting of the Federal Policy Council, chaired by the general secretary of the Andalusian PSOE, Juan Espadas, and is part of the activation of the party after the summer holidays, which has already begun with the campaign launched by the socialist leader called 'The government of the people'.

The objective pursued by the Socialists is to recover positions after the polls give the popular ones an advantage after the arrival of Alberto Núñez Feijóo in Genoa 13. In fact, yesterday the party's spokeswoman and Minister of Education, Pilar Alegría, said so, who pointed out that with this campaign they aim to "turn the polls around".

In the aforementioned campaign, initiated by Pedro Sánchez last Saturday in Seville, mayors, regional presidents and regional leaders of the PSOE are also involved. In fact, the meeting on September 17 is already focused on preparing for the municipal and regional elections that will take place in May 2023, that is, within eight months.

And these are preceded by the calls for Madrid last year, where the PSOE was relegated to the third political force; the elections in Castilla y León, last February, where they were also unable to govern and more recently, the elections in Andalusia, which were a heavy blow to the socialists with the first absolute majority of the PP in the region.

The Socialists have ahead of them the appointment of candidates, both municipal and regional, who will have to deal with an unfavorable economic situation, complicated by high inflation and the rise in fuel prices.

‹ ›
Keywords:
Pedro SánchezPSOE
Your comment has been forwarded to the administrator for approval.×
Warning! Will constitute a criminal offense, illegal, threatening, offensive, insulting and swearing, derogatory, defamatory, vulgar, pornographic, indecent, personality rights, damaging or similar nature in the nature of all kinds of financial content, legal, criminal and administrative responsibility for the content of the sender member / members are belong.
Related News