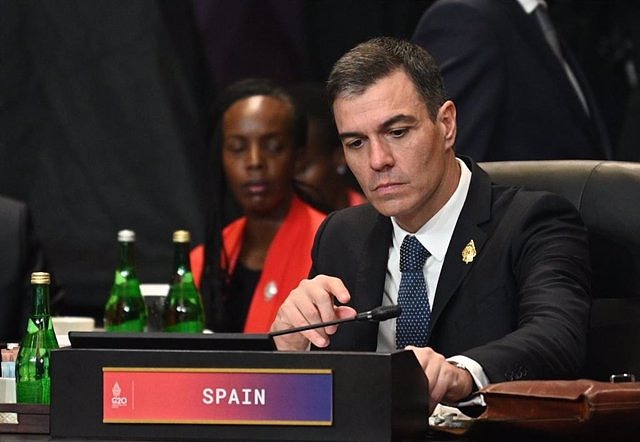 The President of the Government, Pedro Sánchez, has shown his solidarity with Poland, offering his condolences to the families of the victims of the attack suffered after the possible impact of two stray rockets that has left two people dead in the town of Przewodow and has assured that he is in contact with European partners and NATO allies.

"Our solidarity with Poland and our deepest condolences to the families of the victims of the explosions. I am in contact with our European partners and NATO allies", wrote the head of the Executive in a message published in English on the social network Twitter, collected by Europa Press.

The missiles could have hit agricultural machinery in Przewodow. The spokesman for the United States Department of Defense, Pat Ryder, has reported that, for the moment, Washington does not have information linking Russia to the impact of these missiles, according to CNN.

This would be the first direct hit received by a member country of the Atlantic Alliance since the outbreak of the war in Ukraine at the end of February. During the NATO summit in Madrid, the member states reaffirmed their "unwavering" commitment to the collective defense of all the territories that make up the organization.

NATO has convened an emergency meeting of allied ambassadors this Wednesday to examine the incident registered in Poland.

‹ ›
Keywords:
PoloniaPedro SánchezOTANUE
Your comment has been forwarded to the administrator for approval.×
Warning! Will constitute a criminal offense, illegal, threatening, offensive, insulting and swearing, derogatory, defamatory, vulgar, pornographic, indecent, personality rights, damaging or similar nature in the nature of all kinds of financial content, legal, criminal and administrative responsibility for the content of the sender member / members are belong.
Related News