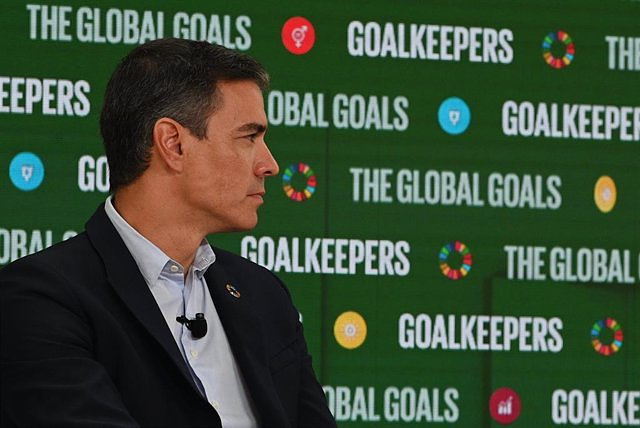 The President of the Government, Pedro Sánchez, has described the announcement made this Wednesday by Russian President Vladimir Putin of a "partial mobilization" that will affect some 300,000 reservists as a "flight forward" and has defended that in this new phase of the war that opens, unity is more necessary than ever.

"Putin has taken another step in the flight forward, making statements that are totally inadmissible," said Sánchez at the beginning of his speech at an economic forum in New York, where he is on the occasion of the General Assembly of the UN.

Likewise, it has taken the opportunity to condemn "categorically" the plans to hold referendums in the Ukrainian regions of Donetsk, Lugansk and Kherson, under Russian control, with a view to their "illegal" adhesion to Russia and in what constitutes "a new violation of international law".

"Its result will never be recognized by the international community," he stressed, assuring that Spain, and the West in general, will continue to support "the independence, sovereignty and territorial integrity of whoever is being attacked today, which is Ukraine."

In this "war of aggression" that began on February 24, Putin has called an "autocrat", "we are beginning a new, more critical phase, when the aggressor realizes that he is losing the contest." "Now is how much more the unity of Europe and all democracies is needed in support of Ukraine," he claimed.

‹ ›
Keywords:
Pedro SánchezVladimir Putin
Your comment has been forwarded to the administrator for approval.×
Warning! Will constitute a criminal offense, illegal, threatening, offensive, insulting and swearing, derogatory, defamatory, vulgar, pornographic, indecent, personality rights, damaging or similar nature in the nature of all kinds of financial content, legal, criminal and administrative responsibility for the content of the sender member / members are belong.
Related News