It ensures that the Executive will fulfill its obligation but does not specify if the designation will arrive before Constitution Day. 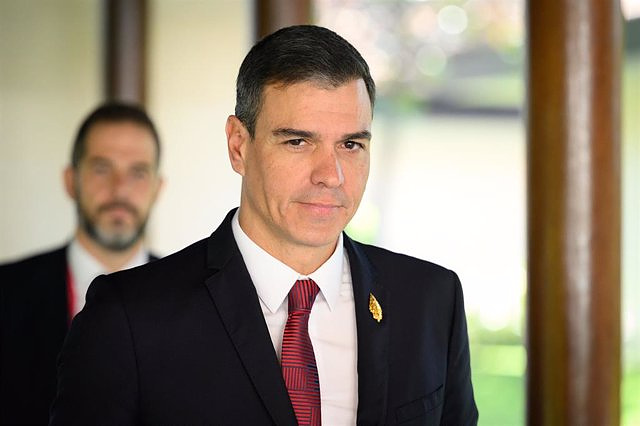 The President of the Government, Pedro Sánchez, reminded the members of the General Council of the Judiciary (CGPJ) this Wednesday that they have not appointed the two Constitutional Court (TC) magistrates for more than six months and he has reiterated that the Government will comply with the law and propose its own.

However, he has not specified whether this appointment will take place before December 6, Constitution Day, after being asked about it at the press conference held in Bali (Indonesia) after the G20 summit.

Sánchez specified that it is not two months that the governing body of the judges has taken without undertaking their appointments, but "six or seven months, between the period that is given to them by a law approved in Parliament" and the moment in which that they should have approved their two candidates, as indicated.

The president was referring, in this way, to the expiration of the mandate of the four magistrates of the Constitutional Court who must now be renewed, last June. Then in the summer, the Government approved a reform that gave another two months to undertake the appointments, a period that ended in September.

Thus, Sánchez has said that he understands the difficulty of the negotiation but that it is very important that everyone comply with the law so that the blockade crisis in the CGPJ, generated in his opinion by the PP, "does not spread" to the TC.

"I don't know if I will be able to tell you on December 6, of course, I have said it many on many occasions, the Government is going to fulfill its obligation and its constitutional duty" and it is going to appoint the two magistrates that correspond to it because it obliges them the law and the Constitution, has finished off.

‹ ›
Keywords:
Pedro SánchezTribunal ConstitucionalCGPJ
Your comment has been forwarded to the administrator for approval.×
Warning! Will constitute a criminal offense, illegal, threatening, offensive, insulting and swearing, derogatory, defamatory, vulgar, pornographic, indecent, personality rights, damaging or similar nature in the nature of all kinds of financial content, legal, criminal and administrative responsibility for the content of the sender member / members are belong.
Related News