Ensures that Spain also defends the labor rights of workers. 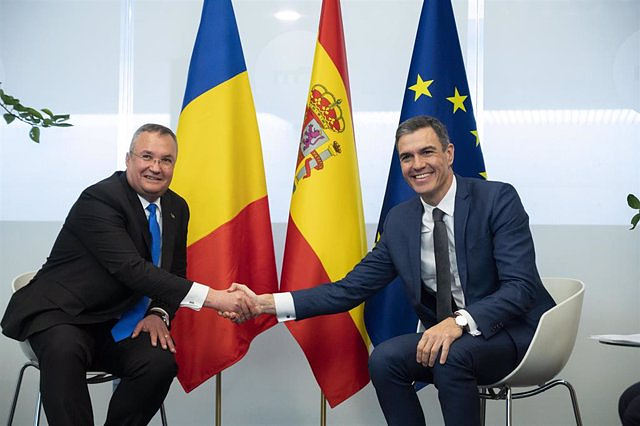 Ensures that Spain also defends the labor rights of workers

The President of the Government, Pedro Sánchez, praised this Wednesday Spain's commitment to defending the rights of LGTBI people. He has made these statements when asked if he would like the captain of the Spanish soccer team to wear an armband in defense of this group in the World Cup matches held in Qatar.

In a press conference with the Romanian Prime Minister Nicolae Ciuca after the Hispanic-Romanian summit was held in Castellón, Sánchez maintained that "there is no doubt" Spain's commitment "to the defense and promotion of LGTBI rights and freedoms and the labor rights of all workers".

Sánchez expressed himself in this way after FIFA warned with sporting sanctions the captains of various teams participating in this tournament --among which Spain is not found-- that they had shown their intention to wear a bracelet to protest the repression that the Asian country exerts on LGTBI people.

In addition, Sánchez has referred to labor rights after an investigation by a British newspaper concluded that more than 6,500 people had died in the construction of the stadiums that host the World Cup.

The head of the Executive has also defended the presence of King Felipe VI at this sporting event by pointing out that there is no better delegation to represent Spain than the head of state.

Finally, he has sent a message of encouragement to the national team: "Let's see if we have a bit of luck and start with a victory", Sánchez pointed out before the team's debut this Wednesday.

‹ ›
Keywords:
Pedro SánchezColectivo LGBTQatar
Your comment has been forwarded to the administrator for approval.×
Warning! Will constitute a criminal offense, illegal, threatening, offensive, insulting and swearing, derogatory, defamatory, vulgar, pornographic, indecent, personality rights, damaging or similar nature in the nature of all kinds of financial content, legal, criminal and administrative responsibility for the content of the sender member / members are belong.
Related News