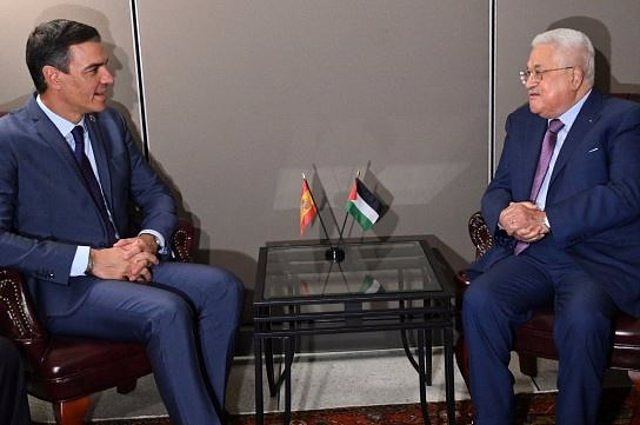 Both, who have met for the second time --after their first meeting in Madrid in 2017--, will attend this week the opening of the session of the 77th United Nations General Assembly.

During the bilateral meeting, Sánchez expressed to Abbas Spain's interest in promoting peace in the region and recovering a political perspective to apply the two-state solution.

Likewise, the head of the Executive has shown Spain's commitment to the situation of the Palestinian people and to the preservation of an adequate space for its civil society while at the same time reiterating Spain's support for its leadership and the Palestinian Authority, according to a statement from the Presidency of the Government.

‹ ›
Keywords:
Pedro SánchezPalestina
Your comment has been forwarded to the administrator for approval.×
Warning! Will constitute a criminal offense, illegal, threatening, offensive, insulting and swearing, derogatory, defamatory, vulgar, pornographic, indecent, personality rights, damaging or similar nature in the nature of all kinds of financial content, legal, criminal and administrative responsibility for the content of the sender member / members are belong.
Related News