Six militiamen and a soldier killed in clashes in Pakistan 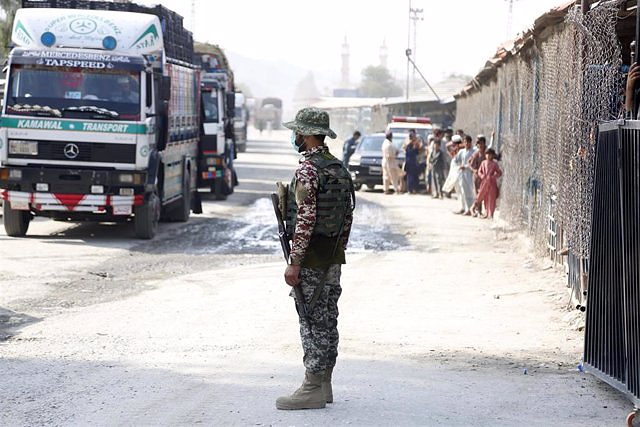 The Pakistani Armed Forces have reported the death of six "armed militiamen" and one soldier in clashes on Friday in Hoshab, Kech district, in southwestern Pakistan.

The deceased soldier has been identified as Hawaldar Hidayatulá, who "suffered martyrdom", while another soldier was wounded in the shooting, according to the Pakistani newspaper 'Dawn'.

The Army launched the operation against the militiamen following information obtained about the activities of a "terrorist group" that traveled on motorcycles between Kech and Panjgur. The soldiers cordoned off the area and combed it to locate the suspects who, once surrounded, opened fire.

After an intense firefight, six "terrorists" died and an important arsenal of weapons and ammunition was located, as reported by the Armed Forces.

‹ ›
Keywords:
Pakistán
Your comment has been forwarded to the administrator for approval.×
Warning! Will constitute a criminal offense, illegal, threatening, offensive, insulting and swearing, derogatory, defamatory, vulgar, pornographic, indecent, personality rights, damaging or similar nature in the nature of all kinds of financial content, legal, criminal and administrative responsibility for the content of the sender member / members are belong.
Related News