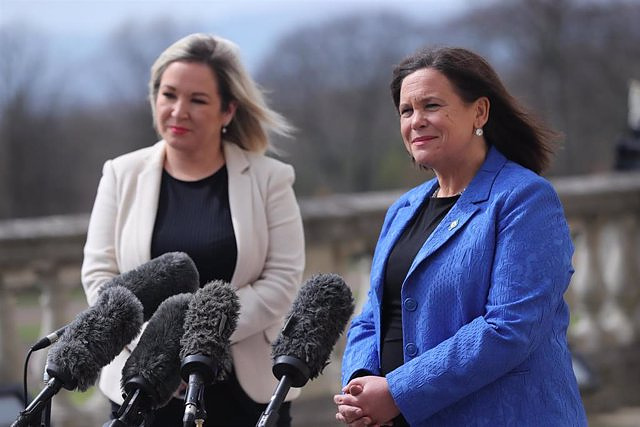 The Irish republican party Sinn Féin has reported that it would not send an official representation to the official proclamation ceremony of Charles III as King of Northern Ireland.

The ceremony took place this Sunday on the outskirts of Belfast, at Hillsborough Castle, the official residence of the monarch in the Northern Irish territory and also the official headquarters of the Northern Ireland Secretariat of the British Government.

Sinn Féin has explained in a note that the ceremony "is for those who have their political allegiance to the British Crown." "Sinn Féin will not participate in these events," he stressed.

However, the party's president, Mary Lou McDonald, has recognized that Elizabeth II "worked for peace between our islands and for the reconciliation of all our people."

Thus, the republican formation has conveyed its condolences for the death of the sovereign and has announced that it will be present at several of the events called for the ten days of official mourning.

‹ ›
Keywords:
Irlanda
Your comment has been forwarded to the administrator for approval.×
Warning! Will constitute a criminal offense, illegal, threatening, offensive, insulting and swearing, derogatory, defamatory, vulgar, pornographic, indecent, personality rights, damaging or similar nature in the nature of all kinds of financial content, legal, criminal and administrative responsibility for the content of the sender member / members are belong.
Related News