Simeone: "We do many things well, despite the fact that some don't see them" 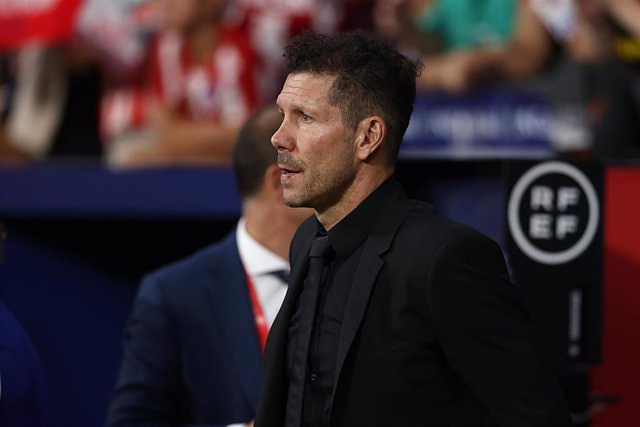 The coach of Atlético de Madrid, Diego Pablo Simeone, assured this Saturday that his team does "many things well, despite the fact that some do not see them", at the same time that he insisted that they need "to be a team and whoever does not understand it will have fewer minutes" of play.

"We talk a lot these days about what we do very well, there are a lot of them despite the fact that some don't see them. We have to commit to helping the players. In the first half we tried and sometimes it went wrong, but we have a lot of players they play very well", stated the Argentine at the press conference after the win against Celta at the Metropolitano.

The 'Cholo' assessed positively that "until the 60th minute" Atlético was "a very consolidated team", although later the changes did not generate "a peace of mind like the one they had been maintaining". "With the 3-1 we were with that ant if they make you the 3-2 it gets complicated, that's why we had to make the 4-1", he analyzed.

"Very happy for the guys who haven't been playing. Today we decided to play with a lot of fresh people who hadn't played the other day and it's not easy to change and for them to respond. They're all important, no one is essential," he said after the rotations that this Saturday decided to incorporate in the eleven.

The coach celebrated the good atmosphere in the Metropolitano stands and the communion between fans and players. "We always try to make our people happy, they are very important to us. The important thing is to win, we have to work so that our people are as they were today, singing, cheering, that's what we need", he commented.

"We need a game with more regularity. We need to be a team, the one that understands it will have more minutes and the one that doesn't understand it will have less," he elaborated on what he asks of his players, before praising Matheus Cunha, the "ideal player for Atlético due to its characteristics". "He transmits energy, he is not afraid, we need that kind of strikers," he added.

Against Celta, goalkeeper Jan Oblak was absent at the last minute, leaving his place to Ivo Grbic. "I understood that today he wasn't fit enough, I hope he improves for Tuesday. He makes me happy for Grbic, he is a player who can be seen in the locker room," he said.

"Witsel has a vision of the game like few other footballers, he has been an extraordinary midfielder, in the preseason we understood that playing as a libero could generate more peace of mind when the ball comes out. He has lost very few balls and gives us something different and we want to follow him taking advantage", he concluded about the Belgian midfielder.