Simeone: "This Real Madrid reminds me of the team we had with Diego Costa, and some criticized us" 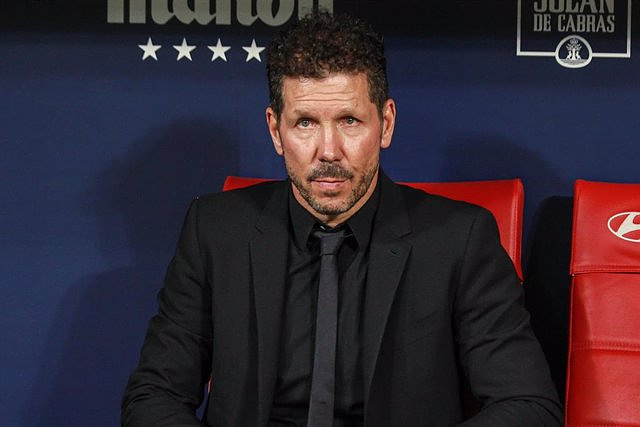 The coach of Atlético de Madrid, Diego Pablo Simeone, stressed this Sunday that he cannot "blame anything" on his team after losing (1-2) the derby against Real Madrid, a team that "defends well in low block" and that reminds him of Diego Costa's Atleti, who played "backlash" and "some" "criticized" them.

"What we saw in the game did not fit with what was happening, but seeing a team that defends low and attacks like that, I like it. It reminds me of the team we had with Costa and some criticized us. When there is forcefulness, football is wonderful", said the Argentine about Real Madrid at the press conference after the derby at the Metropolitano.

Simeone praised the Whites' "very good direct play", with "a very fast transition" and "extraordinary forcefulness". "I like it, because you see a team that plays defensively in order and plays well, and that counterattacks and takes advantage of their situations, like Real Madrid does, it's a great job by Ancelotti. He brings together footballers who play ball well, defend well, they counterattack with considerable speed...", listed the virtues that, according to the Argentine, the Madrid team has.

Despite this, he also stressed that his squad did not "lose face in the match despite the 0-2 blow". "I can't blame the footballers for anything, apart from the mistakes that can always be made in the game, because they gave everything," he applauded.

"We always try not to leave the game despite the 0-2. In the second half we improved the intensity, especially with Cunha, Morata and Correa, they gave life and aggressiveness to the team. If you don't have intensity against Real Madrid, it's very difficult get it back," he lamented.

About Antoine Griezmann and his first start in the League, he pointed out that he gave "a great job" to the team. "First as a second striker and associating himself, then turning to the left. He played an important game, like others. I am left with the feeling of never having lost face in the game, despite the 0-2," he celebrated despite the defeat.

"Felipe played a good game, sometimes he resolved the duels he had with Vinicius well, other times he didn't, but it's normal. Let's hope that Giménez and Savic can be with the team often, last year we suffered almost the whole season", he wished. about the health of two of its plants, before insisting that "we must continue working looking at the day to day", because "it is the only thing that matters".

‹ ›
Keywords:
Real MadridAtlético De Madrid
Your comment has been forwarded to the administrator for approval.×
Warning! Will constitute a criminal offense, illegal, threatening, offensive, insulting and swearing, derogatory, defamatory, vulgar, pornographic, indecent, personality rights, damaging or similar nature in the nature of all kinds of financial content, legal, criminal and administrative responsibility for the content of the sender member / members are belong.
Related News