Simeone: "The Porto match is not just another game, the Champions League is different for us" 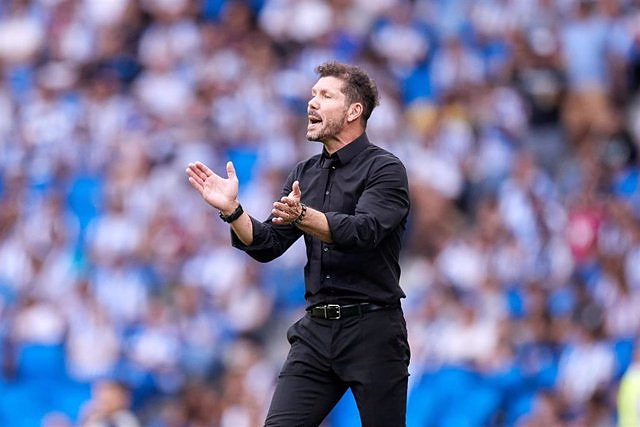 The coach of Atlético de Madrid, Diego Pablo Simeone, admitted that this Wednesday's duel against Portuguese Porto "is not just another match" because it serves to open a new season of the Champions League, where he hopes that "with the work of the team" can go far.

"It is very clear that this is not just another game, the Champions League is always different for us and it is an opportunity to do things well. There is a very regular zone between all the teams and we will have to do things well from the first game with our people, making ourselves strong to grow in a complex competition, worse than always is an opportunity," Simeone said at a press conference.

The Argentine sees his team "working well". "He had a very good preseason and against Villarreal, beyond losing, it was a balanced game where an error condemned us, but we could have drawn. I see the team as good, growing, with a more aggressive intention, more speed of play and much more dynamic," he warned.

"Last season we did a very good Champions League, close to being among the best, but we competed very well. Now, it's just beginning and we have to show what excites and imagines us with deeds. Hopefully with the work of the team we can make a good Champions ", stressed the 'Cholo'.

The Argentine coach will "assess" the day of the game if Jan Oblak can play, but he made it clear that Ivo Grbic is "prepared". "We believe in him and they are in the team to play, I hope that if he has to take advantage of it because he has many conditions," he said.

Simeone also assured that at a defensive level they are "working much better as a team based on the positioning and movements" of Joao Felix and Álvaro Morata, and warned that the Portuguese is "in the best moment" since he arrived at Atlético. "He is much more mature, strong and sure of himself. He is involved in what the team needs and has talent, conditions and ability, he just has to exploit it on the field," he stressed.

Finally, Simeone confessed that "after ten years there is no need to send a message" to the fans but to "work, win and play well because that is what people want" and praised Porto, "a team that, like its coach, spreads enthusiasm, illusion and energy". "He is very intense from the offensive and defensive game, with an important collective work in all his footballers and that makes him competitive in Europe", he detailed.