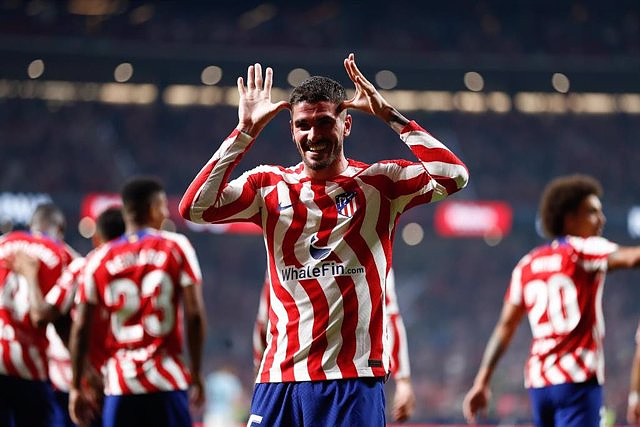 Midfielders Rodrigo de Paul and Thomas Lemar and defender Mario Hermoso are the novelties in Atlético de Madrid's squad to face Belgian Bruges this Tuesday (9:00 p.m.), on a list that Brazilian Felipe is not on due to injury.

The Madrid center-back missed the match against Sevilla through suspension, after being sent off in the derby against Real Madrid, while the French midfielder returns after being in the dry dock for about three weeks due to a muscle injury. For his part, De Paul will be ready for Simeone again, after staying in his country with permission from the club after the national team break.

The casualties for the important Champions League match are those of Felipe and Reguilón, due to injury. The youth squad Marco Moreno enters the Brazilian center-back, defender of the rojiblanco subsidiary.

‹ ›
Keywords:
BrasilChampions LeagueAtlético De Madrid
Your comment has been forwarded to the administrator for approval.×
Warning! Will constitute a criminal offense, illegal, threatening, offensive, insulting and swearing, derogatory, defamatory, vulgar, pornographic, indecent, personality rights, damaging or similar nature in the nature of all kinds of financial content, legal, criminal and administrative responsibility for the content of the sender member / members are belong.
Related News