Simeone: "After so many years at the club, I have everything quite clear"

On the Griezmann affair, after Cerezo assured that he does not get involved in line-ups: "Where the boss rules, the sailor does not rule". 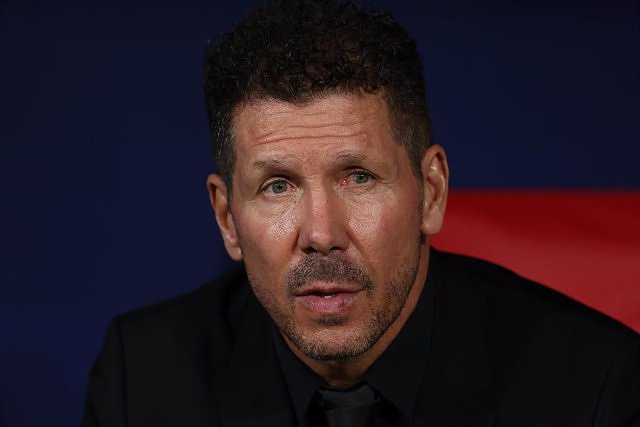 On the Griezmann affair, after Cerezo assured that he does not get involved in line-ups: "Where the boss rules, the sailor does not rule"

The coach of Atlético de Madrid, Diego Pablo Simeone, pointed out, when asked about an excess of tension in the red and white fans, who have "everything quite clear", after "so many years at the club", at the same time that he affirmed that the team "It takes energy, vitality and trying to give people what people want to see."

"Everything is very clear to me, there is no need for them to tell me anything. We have to make people entertain themselves and engage with the team. After so many years at the club, everything is quite clear to me," said the coach at the conference. press prior to the LaLiga Santander match this Saturday (9:00 p.m.) against Celta.

Most of the questions during the appearance of Argentina revolved around Antoine Griezmann and his contract, where it would have been agreed that the rojiblanco club would have to pay a figure if the striker plays a certain number of games, playing a minimum of 45 minutes. Until now, the Frenchman has been a substitute in all the matches, playing a maximum of 30 minutes.

However, Simeone does not give too much importance to the minutes that the Frenchman has to use due to contractual issues. "Yes, we can see the realities. In 30 minutes he is doing very well, we don't know in 60, and now I am going for the realities," he said with a smile this Wednesday after the match against Porto. For this reason, this Friday he did not want to repeat himself.

"I am quite clear from day to day. I have been speaking the same thing and I am not going to repeat what I have been explaining very clearly," he told the media. However, he did not want to contradict the president, Enrique Cerezo, who denied that he interfered in the preparation of the lineups a few days ago. "If the president says so... Where the captain rules, the sailor does not rule," joked "Cholo."

Given the insistence of the press on this issue, Simeone turned in one of his answers to analyze his next league rival. "Celta is working very well, responding very well in all the games, they play the ball very well and their coach has very clear ideas, that's the only thing that concerns us and concerns us", settled the issue.

Finally, he assessed the situation of Mario Hermoso, scorer against Porto and with minutes in the last two games. "In the second season we were champions with a great influence from him. He had to wait for his opportunity, but he is working very well. We are going to need everyone, the team needs energy, vitality and trying to give people what people want to see ", he concluded.