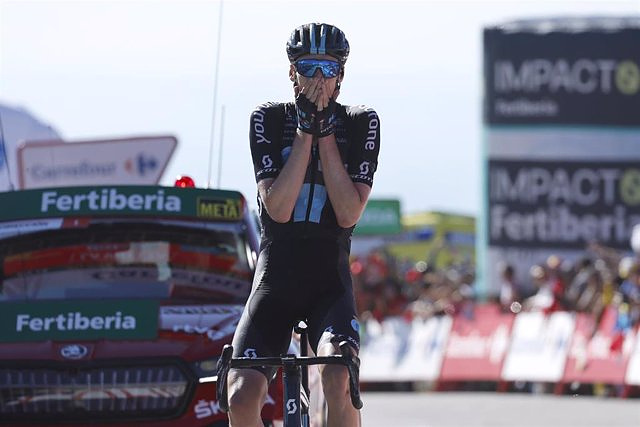 The Dutch cyclist Thymen Arensman (DSM) has won the queen stage of La Vuelta a España, the fifteenth, 153 kilometers between Martos (Jaén) and Sierra Nevada, while the Belgian Remco Evenepoel (Quick-Step) has saved the lead despite leaving time with the Slovenian Primoz Roglic (Jumbo-Visma) and the Spanish Enric Mas (Movistar).

With a fantastic solo effort, Arensman hunted down Marc Soler (UAE Team Emirates), who came to dream of victory, less than eight kilometers from the finish line, and escaped definitively one kilometer later to crown the Alto Hoya de la Mora, taking 1:23 to a Mas that presents its candidacy for the Spanish round.

The peloton will rest this Monday in Jerez de la Frontera (Cádiz) before starting the last week of the Spanish round, which will start on Tuesday with an eminently flat day of 189.4 kilometers between Sanlúcar de Barrameda (Cádiz) and Tomares (Seville) , the last great opportunity for sprinters.

‹ ›
Keywords:
Sierra Nevada
Your comment has been forwarded to the administrator for approval.×
Warning! Will constitute a criminal offense, illegal, threatening, offensive, insulting and swearing, derogatory, defamatory, vulgar, pornographic, indecent, personality rights, damaging or similar nature in the nature of all kinds of financial content, legal, criminal and administrative responsibility for the content of the sender member / members are belong.
Related News