Sevilla seeks to resurface against Haaland and the almighty City

Sevilla seeks to resurface against Haaland and the almighty City. 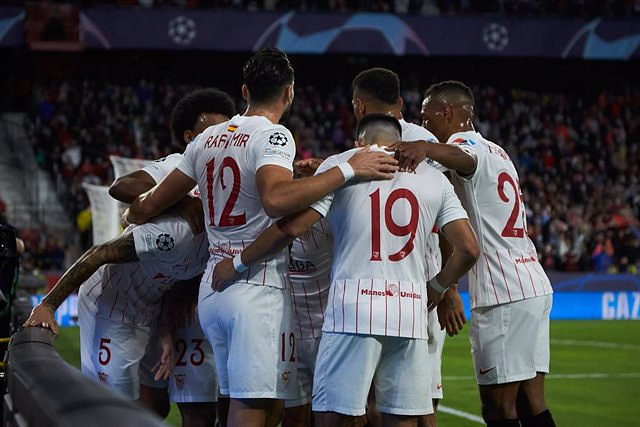 Sevilla seeks to resurface against Haaland and the almighty City

Sevilla FC kick off this Tuesday at the Ramón Sánchez-Pizjuán (9:00 p.m.) their way to the Champions League with a highly demanding duel against Manchester City, a candidate for the European title for another season that will face a team in low hours after a disappointing start to the season and threatened by an Erling Haaland who already knows what it means to hurt Sevilla fans.

Julen Lopetegui's men face their third consecutive edition in the top continental competition, although this time they hope to go one step further and forget the disappointments of the last two courses. A complex objective before his start after failing to raise his head in LaLiga, with 1 point out of a possible 12 in the first four days.

Ramón Sánchez-Pizjuán will try to lift a dull team, which fell silent again last Sunday after falling 0-3 against FC Barcelona. A defeat that further delved into the Seville wound, for the time being without an apparent solution and without time for reflection in search of improvements in the locker room.

After falling in the 2020-21 campaign in the round of 16 and last year at the first change despite the apparent 'ease' of their group, Sevilla will have to show unavoidable solidity in Europe to fight against the favorite Manchester City and Borussia Dortmund, his executioner two seasons ago and his rival for second place. All this together with Copenhagen as the most affordable theory.

Pep Guardiola's men will be the first major rival of a team that hopes to meet again in the 'Champions' due to the impossibility to date of doing so in the domestic competition, with the worst start of the team from Seville in 41 years. His first European giant challenge against the 'citizens', with whom he already faced each other in the 2015/16 season, falling both away (2-1) and at home (1-3).

The English team, current champion of the Premier League, continues one more year in search of the coveted 'Orejona', which Real Madrid deprived him of last year in the semifinals. A tie that the madridistas brought to the surface to prevent them from reaching their second Champions League final.

With the young superstar Erling Haaland in charge of operations, the Manchester team arrives at the event devoted to the effectiveness of the Norwegian, who seems not to need adaptation in the Premier with his tenth goal in six games. Thus, his goals have placed the British team on the lookout for Arsenal's leadership, although they arrive at the appointment after drawing (1-1) this Saturday against Aston Villa.

His goals terrify a Sevilla that already suffered him in the round of 16 when he was a member of Dortmund, where he was essential to eliminate the Nervionenses after endorsing four goals. This time, the Norwegian will seek to take advantage of the defensive instability of Lopetegui's men, still resentful of the departure of Diego Carlos and Jules Koundé that forced them to reinforce themselves in the summer.

In addition, the reliability at the back is not a current mainstay of Lopetegui's team, who could give Alex Telles the chance to replace Marcos Acuña, while Fernando Reges and Erik Lamela did not train the day before the match, unlike Hakim Rekik, who arrives "just" after losing the car against the 'culés'. Suso and Rafa Mir could be the novelties to try to solve the offensive problems.

For its part, Guardiola's team has practically the entire squad available, although their big doubt is on the right side, where Kyle Walker noticed discomfort on the last day, and Stones, the usual emergency solution, is also injured.