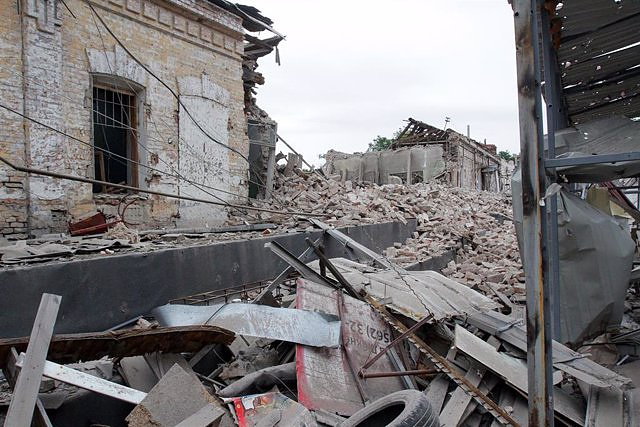 Ukrainian media have reported electricity and water cuts in various regions of the country that they attribute to Russian sabotage. One of the affected areas is that of Kharkov recently recovered by the Ukrainian troops.

"It is a despicable and cynical revenge of Russian aggression for the success of our army," said the mayor of Kharkov, Ihor Terejiv, in his Telegram account.

Reports of power outages have also arrived in the Sumi, Dnipropetrovsk, Poltava, Zaporizhia and Odessa regions and air raid warning sirens have been heard throughout the country. Some neighbors have even reported explosions on social networks, an extreme that could not be confirmed.

The General Staff of the Ukrainian Armed Forces has assured this Sunday that after Saturday's advances in Kharkov, this Sunday the Russian forces have withdrawn from several towns in the Kherson province.

Russian troop movements to the east on Sunday have not been confirmed by Moscow, which did report on Saturday the withdrawal of towns such as Balakleya, Izium and Kupiansk to reinforce positions in the neighboring Donetsk region.

In total so far this month Ukraine has "liberated" 3,000 square kilometers in its counterattack. Russia still controls some 125,000 kilometers of Ukrainian territory, including the Crimean peninsula.

This withdrawal has triggered speculation about a possible turning point in the war, since until now the territorial advances achieved by the Ukrainian forces have been very limited.