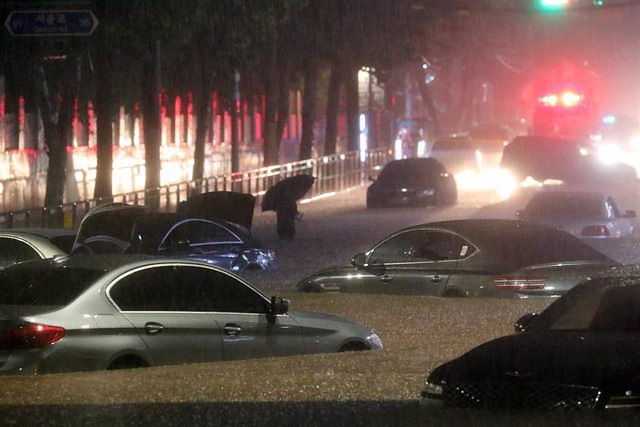 South Korean authorities announced on Wednesday the death of seven of the nine people who had been trapped in an underground garage in the city of Pohang due to heavy rains caused by typhoon 'Hinnamnor' in the southeast of the country.

The nine people had been trapped in the underground parking lot of an apartment complex in Pohang, 270 kilometers southeast of Seoul, after going there to pick up their cars amid torrential rains caused by the typhoon, Yonhap news agency reported. .

Rescuers have searched the flooded parking lot and have pulled nine people out of the water, of which only two were alive.

The two survivors - a 39-year-old man and a 52-year-old woman - were rescued between Tuesday at 8:15 p.m. (local time) and this Wednesday at 2:15 a.m. The survivors are relatively healthy, according to what the aforementioned agency has learned.

The other seven were originally rescued in a state of cardiac arrest, although they have since been declared dead.

This Wednesday morning, rescuers are carrying out an operation to drain the parking lot to search for any remaining victims, but it is unlikely that any more survivors will be found.

Pohang is bearing the brunt of the super typhoon that is sweeping through the southern part of the country, flooding roads and buildings and triggering landslides.

The latest report records a total of 10 dead and two missing, according to the Central Headquarters for Disaster and Security Countermeasures. Likewise, three injuries have also been registered.