The spokeswoman for Podemos, Isa Serra, defended this Sunday, in Palma, that the Minister for Equality, Irene Montero, affirmed in Congress that "the PP campaigns promote the so-called culture of rape, a concept coined by the Feminist Movement in the 1970s, to refer to attitudes that trivialize rape and blame women" and has insisted that the "only yes is yes" law "allows the culture of rape to be changed to that of consent". 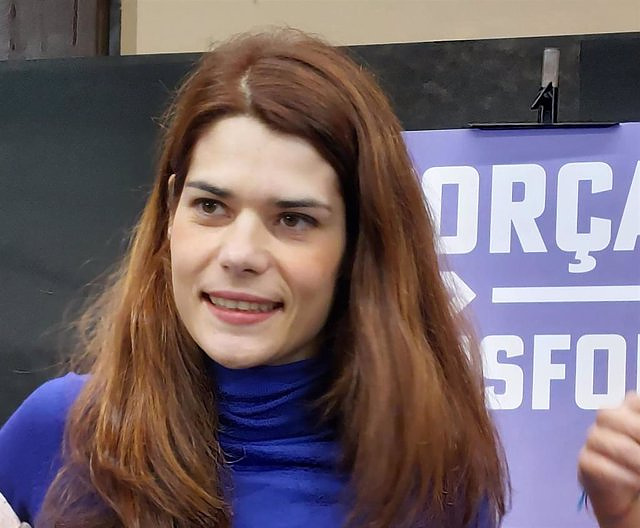 The spokeswoman for Podemos, Isa Serra, defended this Sunday, in Palma, that the Minister for Equality, Irene Montero, affirmed in Congress that "the PP campaigns promote the so-called culture of rape, a concept coined by the Feminist Movement in the 1970s, to refer to attitudes that trivialize rape and blame women" and has insisted that the "only yes is yes" law "allows the culture of rape to be changed to that of consent".

As Isa Serra has expressed, in an act of the route 'The force that transforms', "the latest offensive against the Ministry of Equality, by the right, is not only against this Administration, but against the progress achieved by it, together with the Feminist Movement".

For this reason, it has considered "fundamental" that, as the Minister of Equality, Irene Montero, did, when saying that "the PP campaigns promote the culture of rape", these strategies continue to be named that "blame women of the violence they suffer".

Also, he added, it is "key" to defend policies such as the 'only yes is yes' law that "allows the culture of rape to be changed to that of consent, identifying the State as responsible for reducing violence against women" . Especially, she has explained, "because Spain is a country in which only eight percent of women who suffer sexual violence denounce it, and the majority do not end in anything."

Thus, and in reference to Batet's call to order in the Congress of Deputies after the statements by Minister Irene Montero, Isa Serra has considered "very serious" the "ignorance" by the third authority of the State of what stands for rape culture.

Well, the spokeswoman for Podemos recalled, this is a concept that "coined the Feminist Movement and that feminists have needed to name the way patriarchy has of holding women responsible for their own oppression, for the violence they suffer" .

"The political violence suffered by women cannot be equated with the need for feminist women to name the processes for which they violate us. It cannot be tolerated that a youtuber normalizes violence, nor that a television presenter watches women as objects", he added.

However, the spokesperson for Podemos has stated that "the Socialist Party is blocking, in the final stretch of this coalition government, the main social advances that would improve the lives of the people of this country, advances that are a commitment not only to their government partner, Podemos, but also with the citizenry".

In this sense, Serra has highlighted the housing law, the animal rights law, the family law and the trans law, "a law that deals with human rights, unquestionable rights for the whole of our country. And they will have to Podemos ahead, defending the democratic advances that Spain needs, because this party is the transforming force of this country", he concluded.

‹ ›
Keywords:
PodemosPPCrímenesPalmaIrene Montero
Your comment has been forwarded to the administrator for approval.×
Warning! Will constitute a criminal offense, illegal, threatening, offensive, insulting and swearing, derogatory, defamatory, vulgar, pornographic, indecent, personality rights, damaging or similar nature in the nature of all kinds of financial content, legal, criminal and administrative responsibility for the content of the sender member / members are belong.
Related News