Sergi Roberto: "We have one of the best squads in Europe, there is a lot of competition"

Eric García: "You can see what Xavi is asking for on the pitch, we're in a good moment". 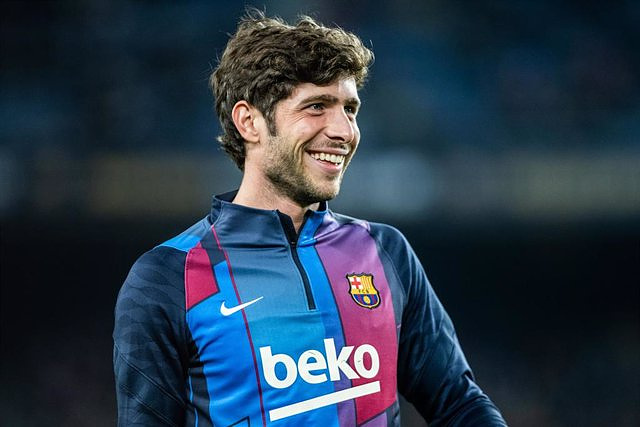 Eric García: "You can see what Xavi is asking for on the pitch, we're in a good moment"

The FC Barcelona midfielder, Sergi Roberto, assured this Sunday that the Catalan team enjoys "one of the best squads in Europe", with "a lot of competition", which allows them to set themselves the goal of "fighting for all the titles".

"These are the first games of the season, they are important for the new ones, so that they adapt to the system. Some have been able to pick up the pace, on a global level it has been very positive. They have been very good fifteen days for everyone," he said the player to the club's official media after Barça's victory (0-2) over the New York Red Bulls in the Big Apple.

In addition, the midfielder pointed out that Barça has "one of the best squads in Europe" for the new season. "There is a lot of competition, we will have to earn a place in the team. Our goal is to fight for all the titles," he added.

For his part, Barça defender Eric García stated that they are ending the US tour "in the best possible way". "We have not conceded against a difficult rival, they have been very intense. It helps us to prepare for this end of the preseason," he said about his last rival in the United States. "We are in a good moment, we have all had minutes, what Xavi is asking for is being seen on the pitch", he celebrated.

Finally, the also Blaugrana Alejandro Balde appeared before the club's microphones "very happy" for the minutes on his first tour with the first team. "Anything that helps is always good. Last year he was unlucky because of injuries, but it's part of the sport. This year my goal is to have a lot of minutes and help the team as much as possible," he settled.