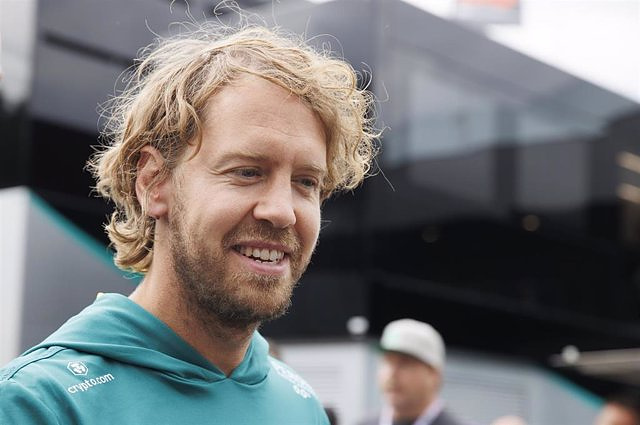 German driver Sebastian Vettel (Aston Martin), four-time Formula 1 world champion, announced Thursday that he will retire from competition at the end of the 2022 season to focus "on other interests", mainly his family.

"I am here to announce my retirement from Formula 1 at the end of the 2022 season. As well as racing, I have created a family, and I love being with them. I have other interests outside of Formula 1. My passion for racing and Formula 1 needs a lot of time away from them and a lot of energy. Living my passion the way I do and the way I believe is no longer compatible with being a good father and husband," Vettel explained.

His last victory was at the 2019 Singapore Grand Prix with Ferrari, a team he defended between 2015 and 2020, and his last draw, his second place in Azeirbaijan last year with Aston Martin, his team since 2021. He also drove in his early days for Sauber and Toro Rosso.

"The energy that it takes to be one with the car and the team, to pursue perfection, it takes focus and commitment. My goals have changed from winning races and fighting for championships to seeing my children grow up," he said.

The one from Heppenhemi confessed that he loves F-1. "It has been a central part of my life for as long as I can remember, but as important as my life on the track is my life away from it. Being a driver has never been my only identity, I believe a lot in the identity of each one, in who we are and how we treat others, rather than what we do," said the Aston Martin driver.

The four-time world champion, who made his Formula 1 debut in 2007, is retiring after 16 seasons in the elite. He now wants to be with his children, whom he sees as "the future", although he believes that his best career "is yet to come". "I want to teach them my values, pick them up when they fall, listen to them when they need me, not have to say goodbye, and most importantly, learn from them and let them inspire me," he said.

"Who am I? I am Sebastian, father of three children and husband of a wonderful woman. I am curious and easily fascinated by people with passion and skill, I am obsessed with perfection, I am tolerant and I believe that we all have the same rights regardless of our appearance, where we come from or who we love", remarked the German, who precisely premiered this Thursday on social networks.

For the German, the future of Formula 1 "is in good hands" because "the new generation" has already arrived. "Thank you for letting me share the track with you, I've loved every moment," concluded Vettel, who still has ten grands prix ahead of him.

‹ ›
Keywords:
Formula 1Aston Martin
Your comment has been forwarded to the administrator for approval.×
Warning! Will constitute a criminal offense, illegal, threatening, offensive, insulting and swearing, derogatory, defamatory, vulgar, pornographic, indecent, personality rights, damaging or similar nature in the nature of all kinds of financial content, legal, criminal and administrative responsibility for the content of the sender member / members are belong.
Related News