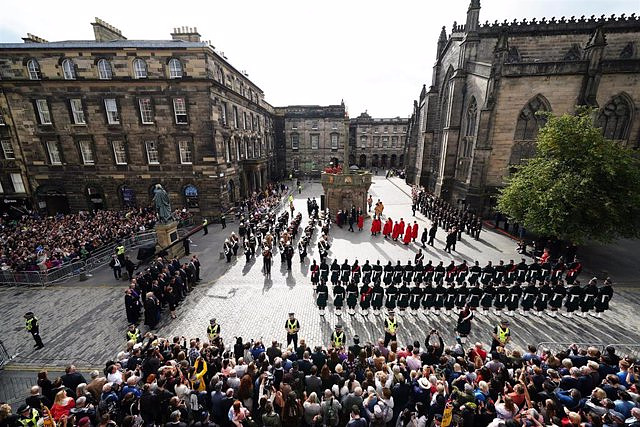 The capitals of Scotland, Wales and Northern Ireland have been the scene this Sunday of the formal proclamation of Charles III as king of the entire United Kingdom, after the initial act that took place on Saturday in London in the presence of the country's authorities.

The protocol reading of the proclamation in Edinburgh, Cardiff and Belfast has concluded with the 'God save the king'. 21 cannon salvos have also been fired in tribute to the new monarch, who inherited the throne on Thursday on the death of his mother, Elizabeth II.

The protocol for the next few days establishes visits by Carlos III to all British territories. On Monday he will travel to Edinburgh, the city where the remains of his late mother, who died in the official residence of Balmoral (Scotland), will rest from this Sunday.

The new king will travel to the capital of Northern Ireland on Tuesday, while on Friday he will travel to Wales. The state funeral is not scheduled until the following Monday, the 19th, and will take place at Westminster Abbey in London.

‹ ›
Keywords:
Reino UnidoLondresIrlandaGalesEscocia
Your comment has been forwarded to the administrator for approval.×
Warning! Will constitute a criminal offense, illegal, threatening, offensive, insulting and swearing, derogatory, defamatory, vulgar, pornographic, indecent, personality rights, damaging or similar nature in the nature of all kinds of financial content, legal, criminal and administrative responsibility for the content of the sender member / members are belong.
Related News