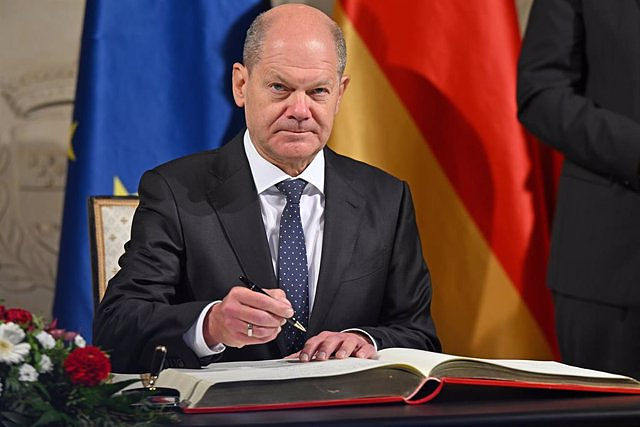 German Chancellor Olaf Scholz said Monday that Berlin will maintain its support for kyiv "for as long as necessary" and stressed that the country is committed to restoring peace on the continent, threatened by the invasion Ukrainian Russian.

"We stand united and support Ukraine and its citizens in their struggle for freedom, unity and justice in their country, and it is clear that we will guarantee support for as long as it takes," he said, in his first public appearance. after his quarantine due to a coronavirus infection.

Thus, he stressed that maintaining peace on the continent means not invading its neighbors or changing borders by force. "That is also what we demand from the Russian president: he should stop his war," he explained.

Scholz has expressed his confidence that the energy supply can be guaranteed even in winter and has stated that the objective is to organize the energy supply in such a way that "no one can blackmail us", as reported by the German news agency DPA.