Scariolo: "You still need a slap to learn" 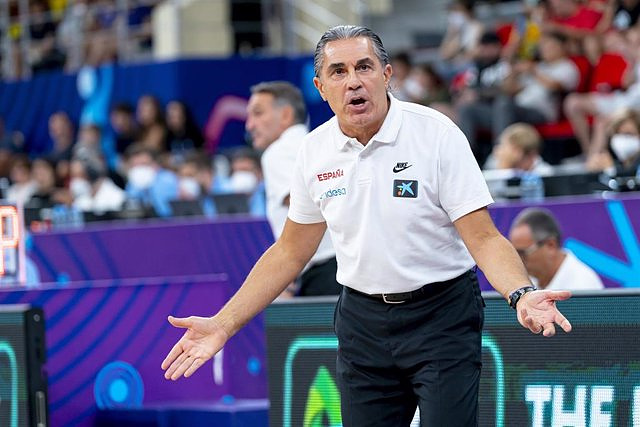 The national basketball coach, Sergio Scariolo, regretted Spain's bad game this Sunday in the defeat (73-83) against Belgium, without his hallmark behind or the necessary energy and concentration, on the third day of the Eurobasket.

"A solid match for Belgium during the 40 minutes, they came back when we had our streaks. Ours is easy to explain, we go beyond our limits, in energy, effort. Our gasoline is defense, intensity," he said at a conference. press.

The Italian coach explained that the less than 24 hours between match and match could influence, but made it clear that Spain is not the sight in its first defeat in the tournament. "We were always reacting, trying things, but in the end with many mistakes and they made good baskets," he said.

"You have to be humble, a team that knows under what conditions we can be competitive. We can't cling to any excuse. If it was the first time they've played two games in 24 hours, they'll learn that you have to recover, rest, concentrate a lot. it takes a slap to learn," he added.

In addition, Scariolo recalled that in two days the matches will return without rest, against Montenegro and Turkey, so they have to learn their lesson. "In two days another double session begins, to see if we have learned the lesson. We can be the good version again, we are not so bad. It can probably be a reality check, but this is not the real version of my team. We will play better the next party without a doubt", affirmed.

On the other hand, the national coach did not want to do accounts with group A. "The only thing that matters to me is winning the next game, preparing well and going out to beat a very good team like Montenegro. Then we'll see, it's in our hands classify us and also do it in the top positions", he concluded.