Scariolo: "The generational change is a great challenge"

"We are very clear that the values ​​of the national team do not vary, but the level of talent does". 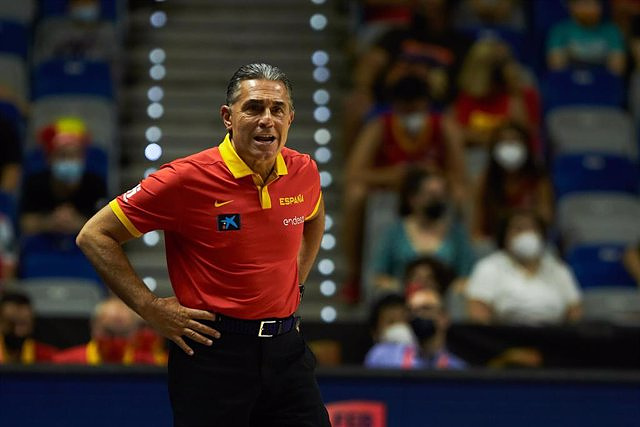 "We are very clear that the values ​​of the national team do not vary, but the level of talent does"

The national basketball coach, Sergio Scariolo, admitted that the generational change facing the national team "is a great challenge", after announcing the list of 22 players with which he will prepare the next European Championship, which will be played from 1 to 18 September in Germany, Czech Republic, Georgia and Italy.

"We know the difficulty of the moment. This generational change we are in is a great challenge. We are very clear that the values ​​of the team do not vary, but the level of talent does," Sergio Scariolo said in statements to the press service of the Spanish Basketball Federation (FEB).

Scariolo stressed that the national team, which includes the injured Alberto Abalde and Usman Garuba and which will have to make up to 10 discards to give the final 'twelve' that will play the Eurobasket, will continue to be characterized by values ​​such as "generosity" , "cohesion", "companionship" and "sharing the ball on the court".

"Helping each other defensively and producing an effort that the fans are proud of are elements that have made us famous and admired around the world. Values ​​that we so carefully nurture young players coming up from the national teams on." from academy and that they are very well prepared by the clubs. We want them to maintain competitiveness on the field, but also the values ​​that characterize us and that we want them to continue doing," he commented.

‹ ›
Keywords:
GeorgiaItalia
Your comment has been forwarded to the administrator for approval.×
Warning! Will constitute a criminal offense, illegal, threatening, offensive, insulting and swearing, derogatory, defamatory, vulgar, pornographic, indecent, personality rights, damaging or similar nature in the nature of all kinds of financial content, legal, criminal and administrative responsibility for the content of the sender member / members are belong.
Related News