Santander earns 4,894 million until June, 33% more, and is confident of achieving this year's objectives 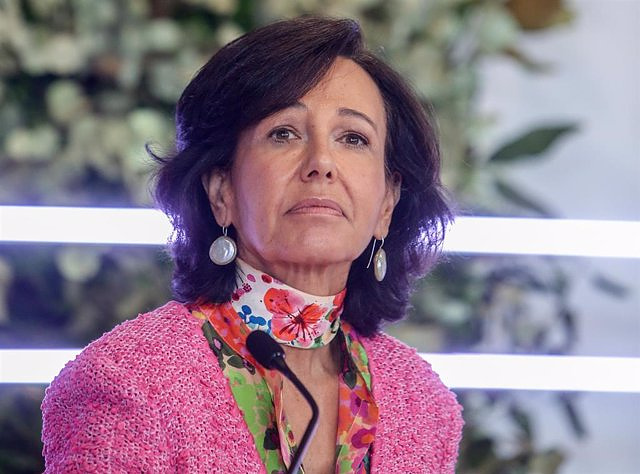 Banco Santander recorded an attributable profit of 4,894 million euros during the first half of this year, 33% more year-on-year (21% in constant euros), after an impact of restructuring charges of 530 million euros in the same period of 2021 , as reported on Thursday by the entity.

Between January and June, ordinary profit stood at 4,894 million euros, which is 16% more in current euros compared to the same period in 2021.

The bank has highlighted that the group's diversification continues to be a "great lever" for growth.

"Going forward, the economic context will probably be difficult for governments, central banks, citizens and companies. Banks continue to be part of the solution and, as until now, we see the path of collaboration between all economic and social agents. , and banks as the way to continue supporting the economies and our customers", said the president of Banco Santander, Ana Botín.

"We are investing to secure the future and improving business connectivity to create customer and shareholder value. Despite the uncertain and challenging economy, we are confident of achieving our 2022 goals while continuing to increasing the tangible book value (TNAV) and the dividend per share in the medium term, after increasing by 9% in the last twelve months", he added.

Likewise, the president of Santander has underlined that the bank has achieved "good results" in the first half, with a return on tangible capital "well above" 13% and a CET1 capital ratio of 12%, which it shows the "strength and efficiency" of the model and the "soundness" of the balance sheet.

"Diversification gives us a solid and resilient base to grow. In South America, we continue to grow profitably, with 33% of group profits and 15% of credit. North America obtains an adjusted RoTE above 23%, including the expected normalization of loan-loss provisions, and profitability in Europe and Spain is already approaching the cost of capital, which shows the improvement in connectivity in the region", he added.

The bank has highlighted that strong activity, as well as rising interest rates in the UK, Poland and elsewhere, favored a 7% rise in net interest income, with particularly strong growth in the UK (13% ), Poland (92%), Mexico (9%), Chile (7%) and Argentina (93%).

Fee income increased 7%, as a result of higher volumes and improved activity. For example, according to the bank, billing derived from card and dataphone operations increased by 20% and 30%, respectively.

The wealth management and insurance businesses

As a consequence, total income grew by 4% (11% in current euros due to the appreciation of most currencies), to 25,120 million euros.

The interest margin and income from commissions provided 97% of the group's income, which reflects, according to the entity, the quality of the results.

Likewise, inflation led to an overall increase in costs (5% in constant euros), although, in real terms, that is, discounting inflation, costs fell by 4% thanks to the improvement in productivity and connectivity. between the different markets.

Thus, the group's efficiency ratio closed at 45.5% in the semester (0.7 percentage points better than in all of 2021), which places Santander "among the most efficient entities of its peers", according to the bank .

For the whole of 2022, Santander has the objective of placing its efficiency ratio at 45%.

Likewise, the group's balance sheet remained "solid", with a non-performing loan ratio of 3.05%, 17 basis points less in year-on-year terms thanks to good activity in Europe and North America, while the coverage ratio remained at 71%.

The cost of risk rose six basis points in the quarter, to 0.83%, due to higher provisions.

The bank has highlighted that these results have allowed it to improve profitability metrics, with a return on tangible capital (RoTE) of 13.7%, well above the cost of capital, and an earnings per share (EPS) of 0.272 euros , 38% more (19% over ordinary EPS for the first half of 2021).

For the whole of 2022, the objective is to obtain an ordinary RoTE above 13%.

Likewise, Santander maintained a strong organic generation of capital in the quarter: it added 18 basis points to the 'fully loaded' CET1 capital ratio, which stood at 12.05%. From now on, the group intends to maintain this ratio at 12%.

In application of the shareholder remuneration policy for 2021, Santander paid a second cash dividend of 5.15 cents per share in May, and completed the second share buyback program for an amount of 865 million euros.

In total, the amount distributed to shareholders for 2021 was approximately €3.4 billion, representing a return of 7%.

The board of directors maintains its commitment to generating returns for the shareholder, among which there are four million retail shareholders in Spain, the United Kingdom and other countries.

It also maintains its dividend policy for 2022, under which it intends to distribute approximately 40% of ordinary profit between cash dividends and share buybacks in equal parts.

SHOOT THE PROFIT IN SPAIN

In Spain, ordinary profit in the first half of 2022 was 652 million euros, a recovery ( 86) that is explained by the decrease in loan-loss provisions and lower costs (-4% or -11% in real terms ), which offset the impact of inflation, reflecting the progress made in transforming the operating model.

Revenues increased 1% thanks to strong growth in fee income (7%) and offset a 6% drop in net interest income, due in part to the change in mix focused on mortgages.

The NPL ratio improved again (to 3.83%, 133 basis points less, due in part to the sale of portfolios), which places the annualized cost of risk in the first half at 0.61%.

‹ ›
Keywords:
Banco Santander
Your comment has been forwarded to the administrator for approval.×
Warning! Will constitute a criminal offense, illegal, threatening, offensive, insulting and swearing, derogatory, defamatory, vulgar, pornographic, indecent, personality rights, damaging or similar nature in the nature of all kinds of financial content, legal, criminal and administrative responsibility for the content of the sender member / members are belong.
Related News