Sandra Sánchez: "Life is surprising me with things that I would not have imagined" 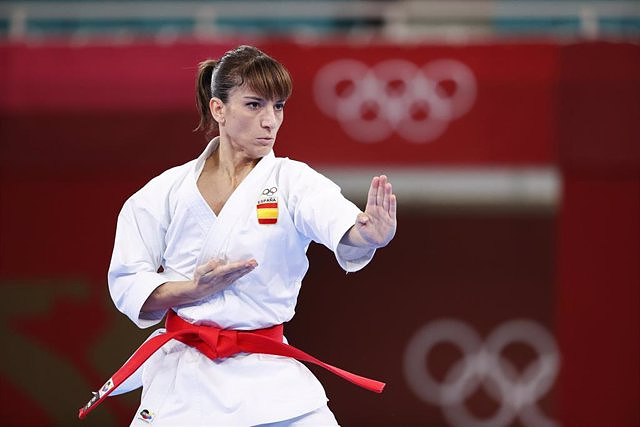 The Spanish Sandra Sánchez is surprised because, after retiring from karate, life is "surprising her with things" that she herself would not have "imagined", and acknowledges that leaving competitive sport was a "well thought out" decision, admitting that among his numerous successes, the world gold won in Madrid will be "a feeling and an image" that will remain in his "heart forever".

"Life is surprising me with things that I would not have imagined but that are also part of my way of being. I let life surprise me a lot, I know that there are things that I have planned, but I also know that there are doors that I still do not know what they exist, like these and that you have to take advantage of them, enjoy them and get the best out of this moment," Sánchez said in an interview with Europa Press after presenting 'Kat Karateka', the children's books inspired by his figure.

The woman from La Mancha confessed that "when you stop competing there are people who have projects in mind for you who have not wanted to tell you anything until the moment of your retirement arrives because they know that in competition time one is one hundred percent training and they begin to arrive those projects. "You have to make room for those who do fit in with your way of being, with what I want to convey and move forward with those that excite you and those that truly represent Sandra," she explained.

The woman from Talavera, who ended her sports career in the summer of 2022, made it clear that her goodbye was "a very thoughtful decision". "I wanted to do it and I wanted to be able to retire winning, I wanted to do it well and I had thought about it very much, but at the same time a championship comes and I follow it all and I think 'Oh, if I had gone to this championship I would have been able to win'", he confessed.

"It still stings and the pit of my stomach turns, although I know that the decision is the right one, but I know that it has to happen. Seeing the World Cup from the other side, the championships as super important and seeing that you are no longer here, you have to manage also those feelings of little things in the pit of the stomach and moving on", deepened the current world, European and Olympic champion.

It is a very different case from that of the tennis player Serena Williams, who has also retired from the sport in 2022, but in a situation quite far from that of the Spanish, since she was no longer competing to be the best in the world. "I think it's better to retire when you feel like it. The inside of an athlete is such a restless world that everyone has to find when they feel ready to do it," she assured.

Sandra Sánchez retired after achieving the only success that was missing, gold at the World Karate Games in Birmingham, United States. "I searched and wanted to make my moment a reality in this way, but each one has to find their moment and Serena considered that this was the moment, although she left some doors open, that she did the same in some other tournaments. She is the one who You have to feel that you have arrived," he said.

Among all the achievements he achieved as a professional, he keeps his gold in Tokyo 2020 and in the World Cup that he conquered at home. "The Olympic Games are something incredible for any athlete, and even more so if you win gold in Japan, your sport, the first Games, and everything it meant to me, but the World Championship in Madrid, the first gold with the WiZink full and turning around and seeing my father and my mother crying is going to be a feeling and an image that will stay in my heart forever," said La Mancha.

However, "sportingly", not only stays with each championship, but with its beginnings. "That day you decide to go to train when you are 13 or 14 years old and you don't want to go and those moments when I leave it or I don't leave it because your adolescence begins and you continue. It marked the moment that then came 20 years later," he said.

Despite having been number one on the world circuit uninterruptedly between 2015 and 2021, she was never confident going into a major tournament. "I do not know if within each athlete there is someone who thinks he is the best. Although on the outside we interpret security, on the inside there are always nerves," she said.

"In our sport it depends so much on your foot slipping a little bit in one of those turns we do at 200 per hour, your body slipping a little bit and you stay out, whether you're number one or one hundred, that you can't never have one hundred percent security. It gives you confidence, it is clear that the confidence that the work is going well, but not with the confidence of saying 'I am the best and I win this', that never, that has not past," warned Sánchez.

After her Olympic gold in Tokyo, karate has again been left out of the Games program, something that generates "a lot of impotence, a lot of injustice" for the Spanish. "The only thing we can do is continue showing our sport, continue making what we do visible and manage to remove our consciences and make our sport Olympic again," she said.

"In the end we are bossed around by offices, by decisions that have nothing to do with sport. I always say that, if the criteria are written, whether they are sporting, political or economic, it is okay, each sport will have to fight to comply with it, regardless whatever they are and seem better or worse to you," he added in this regard.

Now, after leaving the sport, she is immersed in new plans, such as the 'Kat Karateka' series of books, inspired by her figure. "You get a message one day, they propose it to you and you say 'Oh mother, I'm a book', and it seems crazy to you because in the end everything that you don't control and isn't your sphere in the end is an abyss, it hits you like a feeling of uncertainty, if I will be able to do it, I will do it well, it will work, it won't work," he recalled.

"But also when those kinds of feelings come to me, others wake up to say 'I'm not going to let this get to me', if something scares me, the other part of saying that I'm going to face it and that I'm going to to carry it forward, and answer that message, start conversations, get excited and show that it can be done," he continued.

In addition to "this adventure of the books", Sandra Sánchez is in the process of creating "a community to reach all the people around the world and transmit karate with online classes" in which people can interact with her. "We want these classes to be live, they can ask you, so that people have real contact with us. Continue broadcasting karate and many more adventures that even if I don't have them in mind right now, I'm sure life continues to surprise me," she concluded.