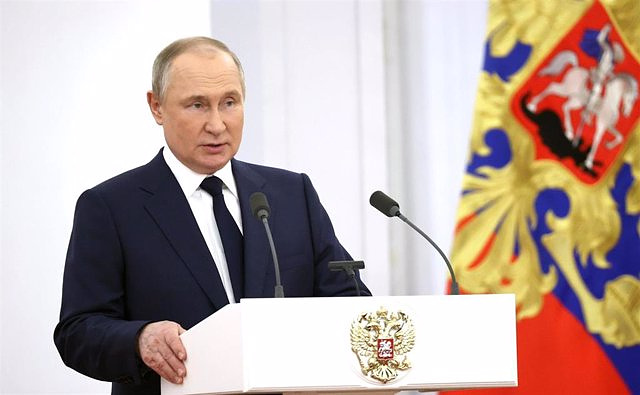 Russian President Vladimir Putin signed a decree this Saturday by which Russia will formally cease to recognize the jurisdiction of the European Court of Human Rights (ECHR).

Specifically, any sentence issued after March 15 will not be executed in Russia, according to the Russian news agency TASS.

As a consequence, the ECHR will no longer have the competence to review the rulings of the Russian courts, as Russia has notified the Council of Europe, invoking Article 7 of its Statute, which provides for the withdrawal of any member country after a formal communication.

In addition, the decree indicates that pending compensation will only be paid in rubles and only in accounts in Russian banks. The Russian General Prosecutor's Office will be able to pay compensation until January 1, 2023.

The European Court of Human Rights is based in the French city of Strasbourg and formally reports to the Council of Europe. Its purpose is to ensure respect for Human Rights in the 47 countries that have recognized its jurisdiction.

The ECHR provisionally suspended Russia on February 25, the day after the start of the invasion of Ukraine, and Moscow declared its formal withdrawal on March 15, for which it has also been excluded from the Council of Europe.