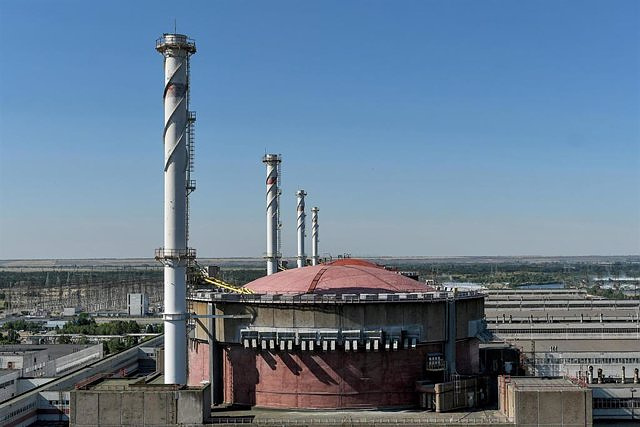 Russian authorities on Tuesday rejected the accusations made by the United States about the alleged use of the Ukrainian nuclear power plant in Zaporizhia as a "military base" and stressed that "the actions of the Russian Armed Forces do not in any way harm the security nuke in Ukraine".

US Secretary of State Antony Blinken denounced on Monday that Russian forces "seized" the Zaporizhia nuclear power plant, the largest in Europe, as part of the invasion, adding that "Russia is now using the plant as a military base to shoot at Ukrainians knowing that they cannot and will not shoot back because they could accidentally hit a reactor or a warehouse with radioactive waste". "This takes the notion of a human shield to a totally different and horrible level," he said.

In response, Russia's permanent mission to the United Nations has stated that it "completely rejects these accusations." "We have repeatedly said that the actions of our Armed Forces do not harm nuclear security in Ukraine in any way and do not interfere with normal operations at the facilities," he said in a message on his Telegram account.

Thus, he stressed that the plant "was taken under protection only to prevent the use of the situation by Ukrainian nationalist formations and foreign mercenaries to possibly organize a nuclear provocation with unpredictable consequences", while stating that "there is no military formations at the Zaporizhia NPP, except for the limited number of military personnel needed to ensure their safety".

"Over the past few months, Ukrainian armed formations have carried out various provocations using drones, including those provided by NATO states, with the aim of disrupting the normal operation of the plant, intimidating personnel, undermining security and ultimately creating a threat. of nuclear catastrophe," he argued. "These steps are being taken by kyiv with the full support of the United States and other Western countries," she said.

At the beginning of March, the Russian Army seized the facilities of the Zaporizhia nuclear power plant, one of the largest in Europe, and which in the early stages of the war was already the scene of intense clashes.