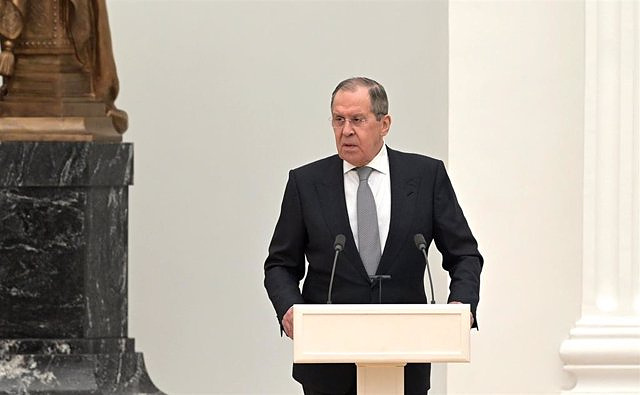 The Russian Government announced this Thursday the expulsion of an employee from the Romanian Embassy in Moscow in response to a similar measure by Bucharest in response to the invasion of Ukraine, triggered on February 24 by order of Russian President Vladimir Putin.

The Russian Foreign Ministry has indicated in a brief statement on its website that the Romanian charge d'affaires has been summoned to the agency's headquarters to "deliver a note declaring 'persona non grata' to an employee of the Romanian Embassy in Moscow ".

"This measure is a response to the prior and unmotivated decision adopted by Romania to declare a diplomat from the Russian Embassy in Bucharest 'persona non grata'", he underlined, within the framework of the punitive measures and sanctions adopted against Russia since the start of the war.

‹ ›
Keywords:
RumaníaRusiaVladimir PutinUcrania
Your comment has been forwarded to the administrator for approval.×
Warning! Will constitute a criminal offense, illegal, threatening, offensive, insulting and swearing, derogatory, defamatory, vulgar, pornographic, indecent, personality rights, damaging or similar nature in the nature of all kinds of financial content, legal, criminal and administrative responsibility for the content of the sender member / members are belong.
Related News