Russia insists that if the US declares them a "state sponsor of terrorism", there will be "retaliation" 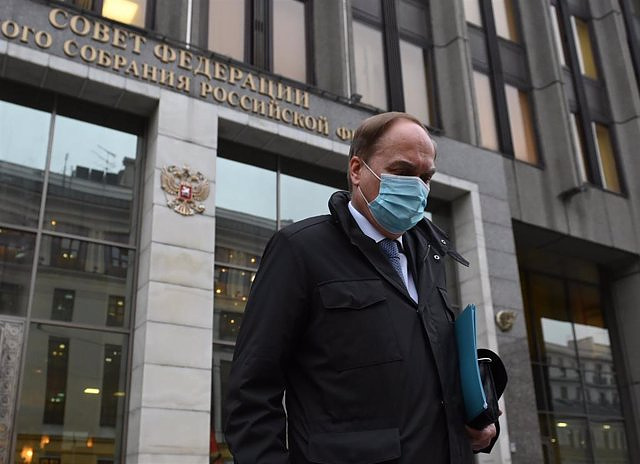 The Russian ambassador in Washington, Anatoli Antonov, has stressed that if the United States declares Russia a "state sponsor of terrorism", a position that has been studied since the end of last July, Moscow will respond with "tougher retaliatory actions" .

Antonov has therefore subscribed to the words launched at the beginning of August by the spokeswoman for the Russian Foreign Ministry, Maria Zajarova, who warned that if Washington moved in that direction, Moscow would break off diplomatic relations.

"I would like to point out that declaring ourselves a 'State Sponsor of Terrorism' will be an unprecedented decision in terms of the degree of cynicism, which will lead to the harshest retaliatory actions on our part," the Russian ambassador to the United States said.

Antonov has acknowledged that the measure proposed by the US authorities would contemplate the application of "serious economic sanctions" against Russia, including the confiscation of state assets, according to the TASS agency.

The US Senate passed a resolution in late July urging the State Department to recognize Russia as a state sponsor of terrorism, a move that would meet earlier demands made by Ukraine's President Volodymyr Zelensky.

‹ ›
Keywords:
Estados UnidosRusiaTerrorismoUcrania
Your comment has been forwarded to the administrator for approval.×
Warning! Will constitute a criminal offense, illegal, threatening, offensive, insulting and swearing, derogatory, defamatory, vulgar, pornographic, indecent, personality rights, damaging or similar nature in the nature of all kinds of financial content, legal, criminal and administrative responsibility for the content of the sender member / members are belong.
Related News