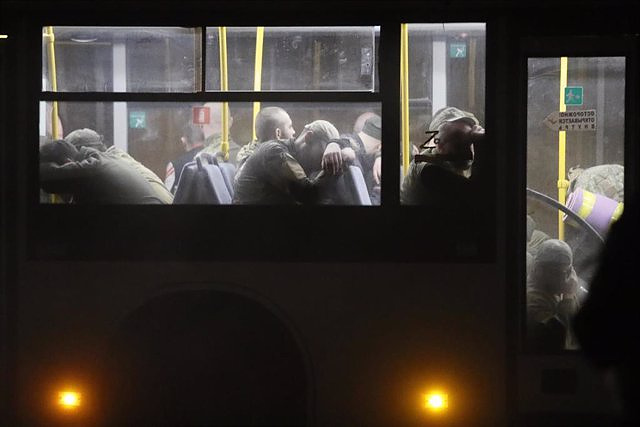 The Russian Embassy in Britain has argued that members of the far-right Azov Battalion deserve a "humiliating death" by hanging in a message published after the deaths of more than 50 prisoners of war in a Friday bombing of a prison in Olenivka, Donetsk. , of which kyiv and Moscow accuse each other.

"The Azov militiamen deserve execution, but not a firing squad, but hanging because they are not real soldiers. They deserve a humiliating death," the Russian Embassy in London posted on Twitter, a message that has been tagged with a warning. for incitement to hatred by the social network itself.

The spokesman for the Ukrainian Foreign Ministry, Oleg Nikolenko, has mentioned the tweet and has appealed to "read this when they say that Russia should not be isolated". "There is no difference between Russian diplomats calling for the execution of Ukrainian prisoners of war and Russian troops doing so in Olenivka. They are all complicit in these war crimes and must be held accountable," he argued.

Meanwhile, the Azov Battalion has reported that it is checking the list of deaths in Olenivka published by Russia, since they would be survivors of the Russian siege of the Azovstal industrial plant in Mariupol, the last stronghold of the Ukrainian resistance to the Russian invasion in this city. . kyiv claims the attack was the work of the private Russian security group Wagner.

Russia immediately accused Ukraine of shelling the former Olenivka correctional colony and denounced the deaths of Ukrainian fighters. kyiv has denied this accusation and has blamed Moscow for this attack to "hide war crimes, discredit the Ukrainian Armed Forces and prevent the supply of weapons" from the West.

Ukraine has also asked the UN and the International Committee of the Red Cross to investigate this "terrorist attack" and send an inspection mission to the area. In addition, he has called for the designation of Russia as a country sponsor of terrorism.

‹ ›
Keywords:
Reino UnidoRusiaUcrania
Your comment has been forwarded to the administrator for approval.×
Warning! Will constitute a criminal offense, illegal, threatening, offensive, insulting and swearing, derogatory, defamatory, vulgar, pornographic, indecent, personality rights, damaging or similar nature in the nature of all kinds of financial content, legal, criminal and administrative responsibility for the content of the sender member / members are belong.
Related News