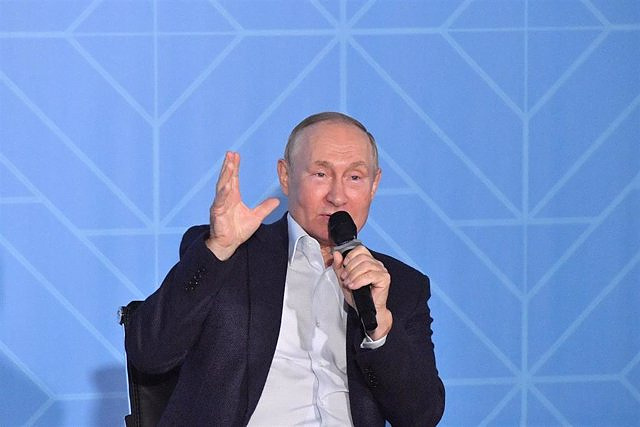 Kremlin spokesman Dimitri Peskov assured on Tuesday that the G20 countries have not yet offered Russian President Vladimir Putin meetings on the sidelines of the summit, to be held in Indonesia next November.

"Russia has an invitation to participate in the summit. The president will decide, taking into account various factors, in which format it is better to do it," the Russian spokesman said in an interview with the 'Izvestia' newspaper collected by the TASS news agency.

In this way, he pointed out that, despite this, Russia "has a very extensive agenda" to discuss a variety of issues. "Such forums are used to hold as many bilateral meetings as possible," she has said.

The interest of this G20 summit, scheduled for November 15 and 16, lies mainly in putting Putin face to face with the Ukrainian president, Volodimir Zelenski, who assured that kyiv's participation will depend on the development of the fighting in The front.

‹ ›
Keywords:
RusiaIndonesiaVladimir Putin
Your comment has been forwarded to the administrator for approval.×
Warning! Will constitute a criminal offense, illegal, threatening, offensive, insulting and swearing, derogatory, defamatory, vulgar, pornographic, indecent, personality rights, damaging or similar nature in the nature of all kinds of financial content, legal, criminal and administrative responsibility for the content of the sender member / members are belong.
Related News