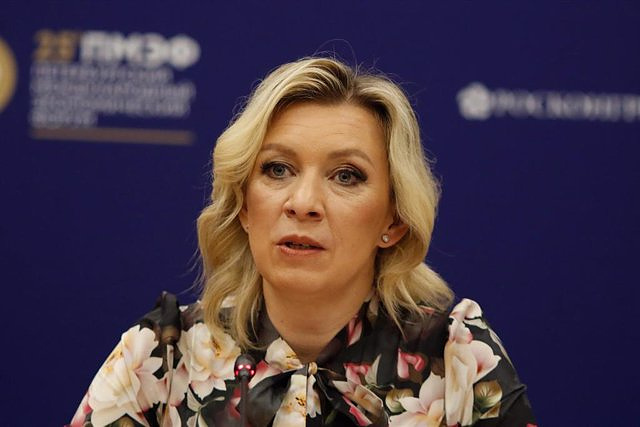 Russian authorities have accused Ukraine's president, Volodimir Zelensky, of being responsible for the country's destruction, a consequence, they say, of kyiv's counteroffensive to expel Russian troops from cities like Kharkov.

"Zelensky's counteroffensive had a counterproductive effect in Ukraine... It destroyed both the country and the people entrusted to it," Russian Foreign Ministry spokeswoman Maria Zakharova said.

In a publication shared on her Telegram channel, the spokeswoman for Russian diplomacy has criticized the Ukrainian head of state for using the "damn wild card" of the United States to carry out his reconquest attempts.

The Ukrainian Armed Forces have been carrying out a counteroffensive in the northeast of the country since the last few days, thus liberating territory in which Russia was previously located. In fact, Zelenskiy has gone so far as to warn Russian troops that they only have the option of "flight or surrender".