Rufián advocates correcting the law of 'only yes is yes': "It is not the first time that the BOE has been rectified" 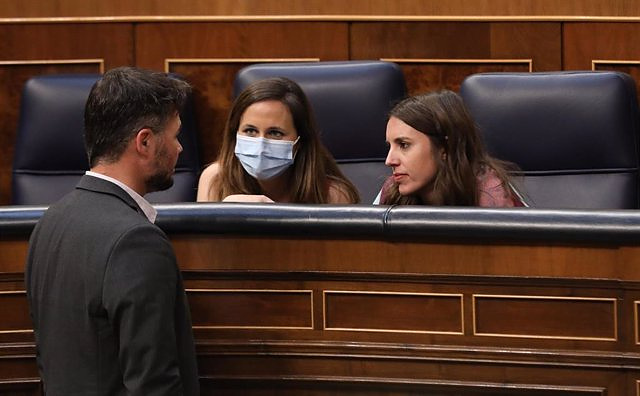 The ERC spokesman in Congress, Gabriel Rufián, has expressed this Wednesday his wish that the Sexual Freedom Law, known as the 'only yes is yes' law, can be corrected to prevent further revisions to the lowering of prison sentences. sexual offenders. "Hopefully I can rectify; it is not the first time that the BOE (Official State Gazette) has been rectified," he pointed out.

This was stated during his participation in a 'New Economy Forum' breakfast in which, however, he once again defended the general content of that rule and denounced the "important machinery" that has been activated against him and others decisions of the Ministry of Equality directed by Irene Montero.

Thus, he has insisted that the 'only yes is yes' law is "undeniably necessary" but he has regretted the warnings about its effects that some groups like his have already launched during its parliamentary process.

Of course, he has stressed that it is "the first time that the authors of the law are blamed in such an aggressive way" for the interpretation "that has been made of it subsequently, in reference to the decisions that are being adopted by the judges. "I think that's curious and ostensibly noticeable, but hopefully I can rectify," she concluded.

‹ ›
Keywords:
ERCAbusos Sexuales
Your comment has been forwarded to the administrator for approval.×
Warning! Will constitute a criminal offense, illegal, threatening, offensive, insulting and swearing, derogatory, defamatory, vulgar, pornographic, indecent, personality rights, damaging or similar nature in the nature of all kinds of financial content, legal, criminal and administrative responsibility for the content of the sender member / members are belong.
Related News