Rudy Fernández: "We were neither that good nor are we that bad now" 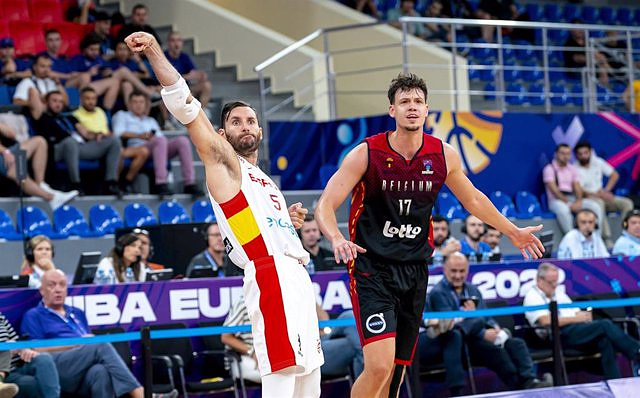 The captain of the Spanish basketball team, Rudy Fernández, confessed that they played a bad game this Sunday against Belgium to accept the first defeat of the Eurobasket, but showed confidence that they will be able to meet the objective of going to the round of 16 "as high as possible" , for which they depend on themselves.

"We have to learn from this game. We have little experience in games in 24 hours, you can understand. We started the game weak, maximum concentration is needed," he said at a press conference, after losing on the third day of Group A.

"There are a lot of people who don't have experience in Eurobasket. You have to think as a priority that the defeat has come because we haven't been well", added Rudy who, personally, didn't have a good game either. Spain was in tow and also paid for the lack of gasoline less than 24 hours after playing against Georgia.

Despite the stick, Rudy pointed out that the Eurobasket is still alive and with the Spanish options intact. "We have already talked about it in the locker room right now. We continue to depend on ourselves, that is the most important thing. To qualify and be as high as possible, forgetting not the mistakes but the defeat and little else. We are aware that neither We weren't so good before, nor are we so bad for losing to Belgium."