Rudy Fernández: "It's the most special medal, captaining this team has been a privilege" 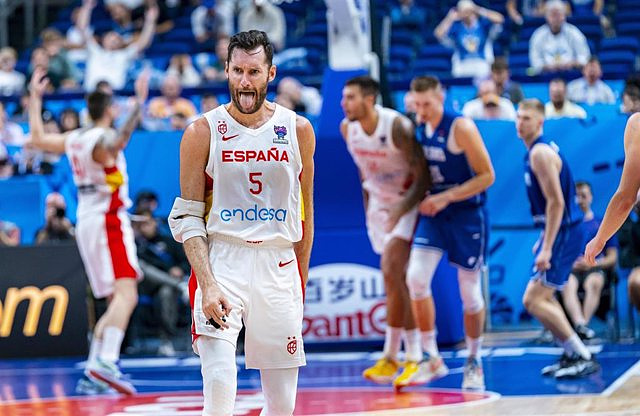 The captain of the Spanish basketball team, Rudy Fernández, stressed that captaining this "special and incredible" team, which was proclaimed European champion against France this Sunday, "has been a privilege and an honor", to win his medal "more special".

"If I had no words in the round of 16... It is a special and incredible group, they have always believed since the concentration began, proud of them," said the player with the most appearances in the history of the national team to the Mediaset microphones after the victory (88-76).

Rudy Fernández insisted that "captaining this team has been a privilege and an honor." "They have always worked with humility, they deserve it," said the captain of the national team, who added that basketball "sometimes gives you that reward and the greatest reward has been this."

"It is the most special medal, they have worked a lot on it. I am missing my great pillar, who is my father, and I know that he has lent us a hand from above. What we have achieved with this group has been incredible", he added, recalling to his father, before also thanking Sergio Llull, who "unfortunately" missed the European event, although the squad "always" has "kept him in mind". "Part of this medal is yours," he settled.