The British cyclist fights back. 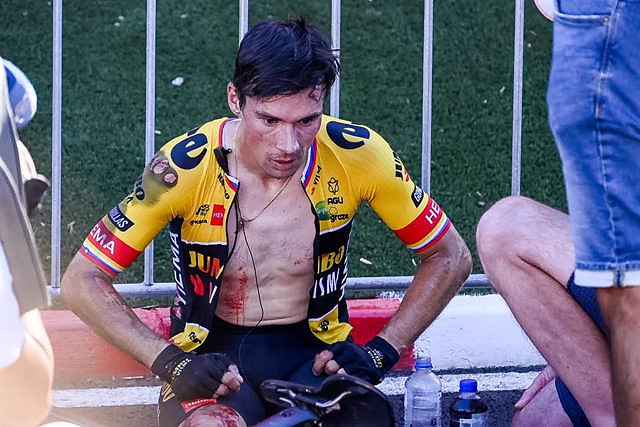 The British cyclist fights back

The Slovenian cyclist Primoz Roglic (Jumbo-Visma) regrets that "the behavior" of Fred Wright (Bahrain-Victorius) caused his fall and his subsequent abandonment of La Vuelta 2022, although the British defended himself saying that the accusation was "unfair".

"This was not right and it should not happen. People move quickly as if nothing happened, but this is not my case, this is not the way I want the sport to continue and I want to make that clear," Roglic said. he went down hard in the sixteenth stage after a brush with Wright when he had launched an attack on leader Remco Evenepoel (Quick Step-Alpha Vinyl).

The triple winner of the Spanish round, who confirmed that he was "slightly better" and that he could "walk a little", did not understand the British man's maneuver. "I asked myself: how can this be? My conclusion is that the way this accident happened is unacceptable," he said.

"Not everyone took a good look at it. The accident was not caused by a bad road or lack of safety, but by the behavior of a cyclist. I don't have eyes on my back, otherwise I would have strayed. Wright It came from behind and I lost the handlebar in my hands before I knew it," he said.

Wright, for his part, was "quite disappointed" after reading these statements after the "emotion" of having been "close to winning again" in the Spanish round, finishing second behind the Danish Mads Pedersen (Trek Segafredo).

"I think it's unfair, the team and I went back to see the images tonight and honestly I don't think I did anything wrong, it was just a racing incident," said the Briton in a message on his social networks.

The Bahrain rider called Roglic an "incredible cyclist" and acknowledged that his retirement was "a big loss for the race". "I fully understand that he must be very disappointed. I'm sure he'll be back in racing success soon. I'm devastated for him. There have been some pretty nasty comments, but I really appreciate all the positive messages I've gotten."