Roger Federer: "It would be unique to play my last match together with Nadal, it could be a special moment" 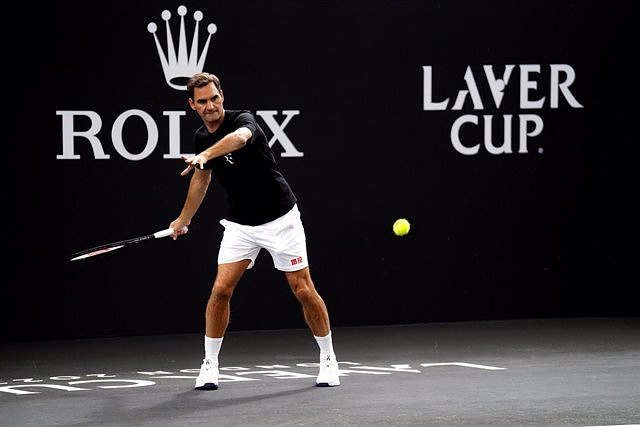 Swiss tennis player Roger Federer stressed this Wednesday that it will be "special" for him to share the court with any of his teammates from the European team of the 2022 Laver Cup in the double that will be the last match of his career, although he confessed that "it would be unique" and " a special moment" to do it together with the Spaniard Rafa Nadal, with whom he had a historical rivalry and keeps a great friendship.

"It could be a pretty unique situation if it happened. We fight together to always have this respect for each other, families, our coaching teams, we always get along really well. I don't know if it's going to happen, but I think obviously it could be. a special moment," Federer said at a press conference.

The Basel admitted that after having lived a great rivalry on the court, having "a good relationship is perhaps a great message not only for tennis but also for sports and maybe even beyond." "That's why I think it would be great (to play with him), but it will be special for me to share the court with anyone," he added.

On his retirement, he pointed out that an athlete "always wants to play forever." "I love being on the court, playing against the guys and traveling. I really never felt like it was that hard for me to win and learn from losing, everything was perfect," he underlined.

"I love my career from every angle and that's the bitter part, the sweet part is that I know that everyone has to do it at some point. It's been a great journey and I'm very grateful," continued Federer, who qualified his fifteenth ' great', at Wimbledon and surpassing the 14 of the American Pete Sampras, present that day, as one of his "great moments".

Federer does not hide that he was "famous for being quite erratic" in his early days and that is why he is shocked to have become "one of the most consistent players in history", while he confessed that "early" this summer he realized that "it was becoming difficult to try to go to the next level in training".

"I pretty much ignored it for a moment because I went on holiday and just said, 'Okay, this is it.' This moment came shortly after I was at Wimbledon where I still really believed I was going to have a chance to come back next year At what capacity, I didn't know, but I thought it might be possible," added the 20-time Grand Slam winner.

Now, he is ready to live "a crazy, but good week", where he celebrates having by his side, in addition to Nadal, Novak Djokovic and Andy Murray, his most historic rivals. "It almost seems like I organized it this way, but I didn't. I was very happy that everyone was looking forward to playing in the competition," he said, stressing that he has "a lot to talk about" with the Scotsman, a rookie and that he managed to return to the tracks despite announcing his retirement due to his hip problems.

The former world number one is also "happy" to play for the last time in London, a city that has been "special" in his career, and to have one of his idols, the Swedish Bjorn Borg, as captain. "Having him on the bench with me for my last match was also something I made a big deal about. Having everyone else around made me feel like I wasn't going to feel alone announcing my retirement. Not that I wanted to hijack this event or anything. , but I always feel sorry for the players who sometimes retire on tour, lose and there they are alone," he said.