The PP censors the "divisions and lurches" of the Government and the minister asks for seriousness: "This is not the Gila war". 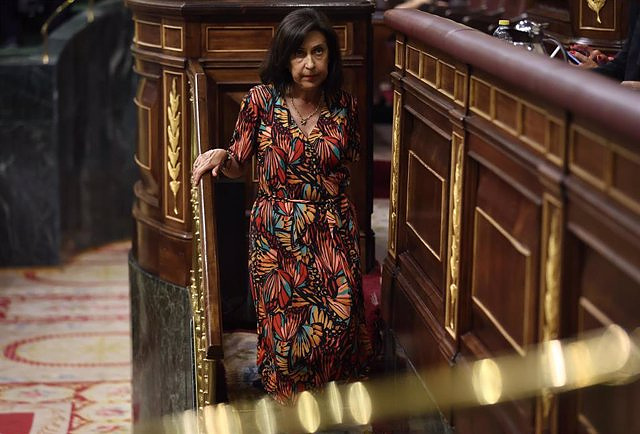 The PP censors the "divisions and lurches" of the Government and the minister asks for seriousness: "This is not the Gila war"

The Defense Minister, Margarita Robles, took refuge this Wednesday in the "strategy" of NATO and the European Union not to share "secret" information about Spain's military support for Ukraine and has asked the Popular Party "seriousness" and that "lean your shoulder".

In a debate in the plenary session of Congress, Robles has avoided giving new information about the shipments of military material to Ukraine or the reinforcement of troops in the east of NATO and has insisted on thanking the "effort" of all the members of the Forces Armed since the Russian invasion began in February.

The minister has thus responded to the PP deputy Pablo Hispán, who has denounced the Government's "lack of information" both to the opposition and to Congress, to which are added "divisions, lurches and indecisions" within the Executive from the start of the war.

"The best manifestation of intelligence is prudence, talking about what is known because when one does not have information because it is secret, many imperfections and mistakes are made," Robles replied to the "popular" leader. I am not going to go into debate with you because you lack elements of judgment that I could not give you due to the pure strategy of the European Union and NATO".

In this sense, he has claimed that what must be done is "put your shoulder to the wheel" and "trust Spain as a country" and has demanded "seriousness". "This is not the Gila war," he said, simultaneously accusing the 'popular' of not having taken care of the Armed Forces during the seven years they were in the Moncloa Palace.

"It seemed that you were going to do something else and you have become a copy of Pedro Sánchez," lamented the PP deputy about Robles, whom he has accused of making "escapism" his way of doing politics and "hiding" behind of pride in the Armed Forces for not giving explanations.

Hispán has described the attitude of Sánchez and the entire Government towards the war in Ukraine as "painful, unfortunate and disloyal", precisely when an Executive "with clear ideas" was most needed, and has emphasized the divisions between the PSOE and United We Can regarding the shipment of military material or NATO.

"This conflict was great for you, morally and politically," he told Robles, insisting on the lack of information to Parliament regarding donated weapons or the increase in troops deployed to deterrence missions in Eastern Europe. .

"Not even during a war is the Government of Sánchez capable of behaving in a united, coherent and professional way," he lamented, denouncing that Defense has not even given "acknowledgment of receipt" to the proposals on the matter that the president of the PP sent them. , Alberto Núñez Feijoo. In addition, he has demanded that the next General State Budgets include a specific item for aid to Ukraine.

"Spain has shown its commitment to Ukraine and has shown that it is a serious, reliable and responsible country. I feel that the PP is bothered that the NATO summit was a success," Robles responded, asking the 'popular' that they feel "proud" of Spain and not be "so petty".

The minister has also accused Núñez Feijóo's party of seeking "electoral revenue" and has underlined that precisely the unity of the European Union and the Atlantic Alliance has been the best response to Putin. "Some of us are not in the limelight because we believe in peace," she claimed.

‹ ›
Keywords:
PPUcraniaOTANFuerzas ArmadasUEMargarita Robles
Your comment has been forwarded to the administrator for approval.×
Warning! Will constitute a criminal offense, illegal, threatening, offensive, insulting and swearing, derogatory, defamatory, vulgar, pornographic, indecent, personality rights, damaging or similar nature in the nature of all kinds of financial content, legal, criminal and administrative responsibility for the content of the sender member / members are belong.
Related News