It reminds him that behind the proposals there are technical and economic aspects that "must be known". 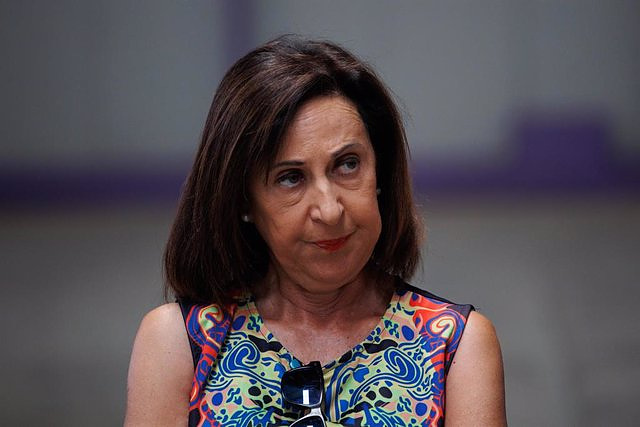 The Minister of Defense, Margarita Robles, has reproached this Thursday the Second Vice President of the Government and Minister of Labor, Yolanda Díaz, for not respecting the powers of the Minister of Agriculture, Fisheries and Food, Luis Planas, with her proposal to cap the price of certain basic products and that, in addition, "wants to patrimonialize" being with the most vulnerable.

"When you are in a collegiate body, you can have particular opinions, but there are ministers who are the competent ones, who are the ones who technically know everything and are the ones who have to make the decisions," the minister said in an interview on Antena 3 , collected by Europa Press, asked for an assessment of Díaz's meeting with large distributors and consumer and user associations to try to find an agreement that caps the prices of basic foods.

For this reason, Robles has criticized that the head of Labor "wants to enter into something that does not correspond to her" and, although she does not doubt that all the ministers make their proposals with the best will, she has reminded her that behind the proposals there are " technical and economic aspects that must be known".

In addition, the socialist minister has criticized that "someone wants to patrimonialize that he is with the most vulnerable." "We are all with those who need it most", she has reproached him.

In this sense, he praised the work of Planas at the head of the Ministry of Agriculture and recalled that the Government must work together and respect "everyone's powers as much as possible".

‹ ›
Keywords:
AgriculturaPescaMargarita RoblesLuis PlanasYolanda Díaz
Your comment has been forwarded to the administrator for approval.×
Warning! Will constitute a criminal offense, illegal, threatening, offensive, insulting and swearing, derogatory, defamatory, vulgar, pornographic, indecent, personality rights, damaging or similar nature in the nature of all kinds of financial content, legal, criminal and administrative responsibility for the content of the sender member / members are belong.
Related News