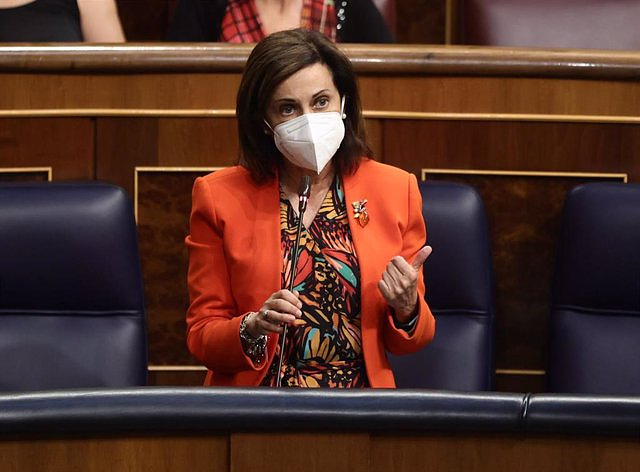 The Minister of Defense, Margarita Robles, has assured this Wednesday that she does not share the modification that was made in Wikipedia of the entry referring to the Catalan municipality of Alcarrás to eliminate the mention of the police charges of October 1, 2017, but has maintained that the Prosecutor's Office is in charge of ensuring legality.

In the plenary session of Congress, Robles has confirmed that the modification was made by "an employee" of the Ministry of Defense and as soon as it became known, "in less than an hour", the Prosecutor's Office was informed.

However, he has rejected that the criticism of this action, which he has assured that he shares, can be extended to the entire Ministry of Defense and the 120,000 men and women of the Armed Forces. "Each one will have to assume responsibility for him and if there are individualized actions, whoever does those individualized actions must assume the consequences", she has summoned before the accusations of the deputy of Junts Pilar Calvo of "rewriting and manipulation" of history.

"It is the Prosecutor's Office that is responsible for ensuring legality, neither you nor me. I do not share it, but the one who has to say the last word is the Public Prosecutor's Office," insisted Robles, who has claimed "dialogue, coexistence and tolerance" as the best way with Catalonia.

The modification of Wikipedia on Alcarrás was made coinciding with the nomination of the film of the same name for the Oscars, for which the minister took the opportunity to wish him luck. "It will be the best recognition of our Spanish cinema," she asserted.