Considers that this is the "real problem" of Justice and not the timely granting of pardons. 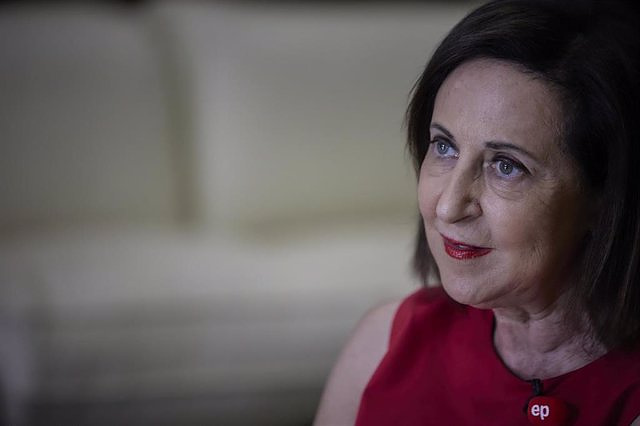 The Defense Minister, Margarita Robles, has asked the Supreme Court (TS) and the Constitutional Court (TC) to reflect on the "slowness" of justice in Spain. This scenario, for Robles, is the "real problem" and not the granting of "specific" pardons that are provided for in the law.

In an interview granted to Europa Press, the minister has alluded to processes such as the ERE in Andalusia and, although she has expressed her respect for the Second Chamber of the TS, she has stated that it is difficult to understand that a ruling can be brought forward and not yet the content of the sentence is known. "We have to make a very serious reflection because justice that is slow is less justice," she argued.

In the same way, Robles has shown "some concern" about the delay in the TC. "It is not acceptable that in cases such as, for example, the Abortion Law, the TC has not resolved yet," criticized the Minister of Defense.

However, the also magistrate on leave has emphasized that in Spain there is a "problem that goes beyond pardons" and that is that justice is "very slow".

In his opinion, the pardon "must have an extraordinary application, but it is established by law for specific cases" and he specified that, on "always exceptional" occasions, "the pardon is a complement to the sentence itself."

For Robles, the slowness of the justification is related to the blockade to renew the body for the election of judges. "It is absolutely incomprehensible," criticized Robles, who has attacked the PP for holding the CGPJ "as a hostage."

"We all thought that when Alberto Núñez Feijóo arrived he was going to have that vision of the State that he boasts and the CGPJ has not yet been renewed, that is not acceptable because it is an absolute breach of the Constitution and that should worry a lot," he warned.

In this key, he regretted that the PP is "in breach of a constitutional mandate." "It is something that should be worrying because it is a very clear violation of the mandates of the constitution and it is contempt for one of the powers of the State such as the Judiciary," he added.

In the next line, he has disfigured that even Pablo Casado "showed off" the non-renewal of the CGPJ and hopes that Fejóo has a sense of State and does not take "one more minute" to unblock the Council.

Of course, the minister trusts that in September there will be at least a partial renewal of the Constitutional, which only depends on the CGPJ and the Government. "We cannot allow that the court of constitutional guarantees is not also renewed in time", she has pointed out.

‹ ›
Keywords:
Tribunal ConstitucionalTribunal SupremoMargarita RoblesIndultos
Your comment has been forwarded to the administrator for approval.×
Warning! Will constitute a criminal offense, illegal, threatening, offensive, insulting and swearing, derogatory, defamatory, vulgar, pornographic, indecent, personality rights, damaging or similar nature in the nature of all kinds of financial content, legal, criminal and administrative responsibility for the content of the sender member / members are belong.
Related News