Robles confirms that he will testify in writing before the judge of the 'Pegasus case', that he is still waiting for Marlaska's response

The case could be diluted without the collaboration of Israel and due to a series of technical difficulties related to the stolen information. 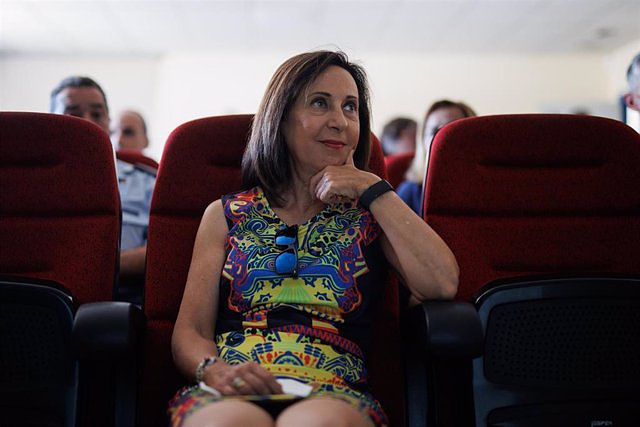 The Defense Minister, Margarita Robles, has confirmed to the National High Court judge in charge of the 'Pegasus case' that she will make her statement as a written witness, thus following the dynamic previously used by her cabinet partner, the Minister of the Presidency, Félix Bolaños.

Legal sources have explained to Europa Press that the head of the Central Court of Instruction Number 4 has already received a response from Robles, although he is still waiting for the Minister of the Interior, Fernando Grande-Marlaska, to specify whether he will testify in person at the own court, by videoconference or in writing, taking advantage of the procedural privilege established in favor of the members of the Government.

Within the framework of the case, the magistrate will decide whether to ask Minister Bolaños a series of questions --always in writing-- once he has taken a statement from both Robles and Marlaska.

It was this week when the investigating judge asked Robles and Marlaska to tell him how they wanted to testify in this case, in which he investigates the alleged espionage of the President of the Government, Pedro Sánchez, and the Ministers of Defense and Interior, with the Pegasus program through their mobile phones.

In that same order, Calama explained that the Council of Ministers agreed not to declassify any act, document or information. "In relation to the facts investigated, the reports made by the CNI do not contain any element that is classified as secret or reserved, since they are documents whose content does not compromise the security of the State, nor the sources, means and procedures of the National Intelligence Center", explained the agreement of the Council.

The same sources consulted by this news agency explain that the fact that the investigators have only been able to certify the total amount of data stolen from the mobile devices but not the specific content of the same could dilute the cause.

At the moment, the investigators are trying to solve this technical problem to determine if the content of the phones that was stolen corresponds to information that affects the interests of the State.

The volume of data that was stolen from the espionage to the minister's phone was 9 megabytes, the smallest of the three intrusions. And it is that, according to the Executive, the cyber espionage program accessed 2.6 gigabytes and 130 megabytes of Sánchez's mobile and more than 6 gigabytes of information from the mobile of the Minister of the Interior, Fernando Grande-Marlaska.

Robles herself, in an interview with Europa Press, explained that the technical reports carried out by the National Cryptologic Center to date reveal that it is "impossible" to know what data was taken from the terminals of members of the Government and that he has "no idea" of what they took from his.

Another reason that could decaffeinate the case is Israel's non-response to the letter rogatory issued on May 5 for which the judge required the company NSO GROUP, owner of Pegasus software, to issue a report on various aspects "essential" for the investigation of the facts.

The magistrate, in addition, extended that request to obtain authorization from the judicial authorities of that country for the displacement from Spain of a judicial commission to Israel to take a witness statement about the facts expressed in the initially issued rogatory commission. However, it is still unanswered.

The AN judge began to investigate on April 26, pointing to possible crimes of discovery and disclosure of secrets after the complaint filed by the State Attorney for the infection of the mobile phones of the President of the Government and the Minister of Defense, a complaint that was later expanded upon also confirming the intrusion into Grande-Marlaska's phone.

In a first resolution, Calama gave details about the complaint filed by the State Attorney's Office, according to which, after the analysis of the mobile devices of the Chief Executive and the Minister of Defense carried out by the CERT on April 30, it was "known that they were the object of several infections by the Pegasus tool, mobile device spy 'software', between the months of May and June 2021".

The reports of the National Cryptologic Center on the cell phones of Sánchez and Robles highlighted that "the mobile device of the President of the Government analyzed was infected by Pegasus on two occasions (on May 19, 2021 and May 31, 2021)", while Robles would have been infected in June of that year.

In both cases, the reports stated that "information leakage occurred", but currently neither phone shows "known indicators of ongoing infection".

The first of the intrusions in Sánchez's cell phone would have occurred in the context of the massive entry of some 10,000 immigrants into Ceuta between May 17 and 18, 2021, which, precisely, led the Chief Executive to visit this second day the autonomous city, as well as Melilla, with the Minister of the Interior.

‹ ›
Keywords:
Audiencia NacionalMargarita RoblesMarlaskaCaso PegasusFélix Bolaños
Your comment has been forwarded to the administrator for approval.×
Warning! Will constitute a criminal offense, illegal, threatening, offensive, insulting and swearing, derogatory, defamatory, vulgar, pornographic, indecent, personality rights, damaging or similar nature in the nature of all kinds of financial content, legal, criminal and administrative responsibility for the content of the sender member / members are belong.
Related News