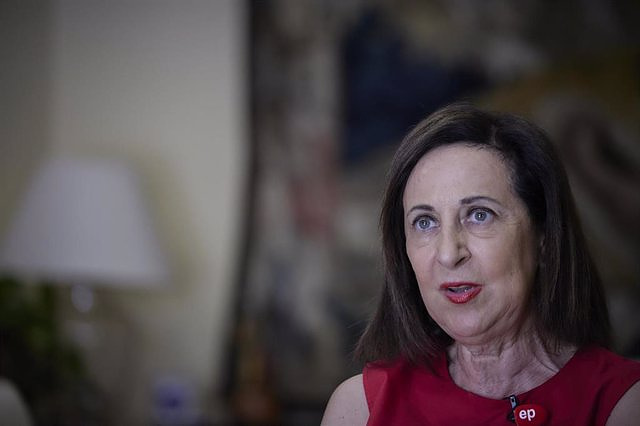 The Defense Minister, Margarita Robles, has asked the president of the Supreme Court (TS) and the General Council of the Judiciary (CGPJ), Carlos Lesmes, to comply with the law and has regretted that during these four years he has not used the "vehemence " that he showed yesterday during his words at the opening ceremony of the judicial year.

And it is that Lesmes publicly requested this Wednesday the President of the Government, Pedro Sánchez, and the leader of the PP, Alberto Núñez Feijóo, to meet "urgently" to agree on the renewal of the CGPJ in the "next weeks", while threatened to make decisions it does not like if the Council is not returned to its full capabilities.

In an interview on Antena 3, which Europa Press has picked up, the also jurist has pointed out that Lesmes is aware that the Council "is being held hostage by the PP" and would like "yesterday's vehemence to have been used during these four years".

The minister has emphasized that "as president you have an obligation to comply with the law." Thus, he has pointed out that, just as he blames the Popular Party for not complying with the Constitution by blocking the renewal of the Judiciary, "now there is a law that says that on the 13th of this month the magistrates of the CT".

Robles, who says she is "overwhelmed" by this situation, has assured that all the candidates for the Constitutional Court are people of "unequivocal prestige." "Can someone tell me that the members of the CGPJ are not capable of choosing according to people with an impeccable track record for 20 years?", She has asked herself.

Likewise, he has taken the opportunity to charge against the PP for making "an ostentation that the body for electing judges is not going to be renewed." "It is incomprehensible to me," added the minister, who stressed that when she was a member of the CGPJ she was renewed in two months.

However, Robles has pointed out that it is the "moment for serenity, reflection, looking at the present and future and reaching agreements". "Apocalyptic phrases come to nothing", he has settled.

‹ ›
Keywords:
Tribunal SupremoMargarita RoblesCGPJ
Your comment has been forwarded to the administrator for approval.×
Warning! Will constitute a criminal offense, illegal, threatening, offensive, insulting and swearing, derogatory, defamatory, vulgar, pornographic, indecent, personality rights, damaging or similar nature in the nature of all kinds of financial content, legal, criminal and administrative responsibility for the content of the sender member / members are belong.
Related News