Robles, about the King Emeritus in London: "The important thing is the funeral of Elizabeth II, the rest are anecdotes" 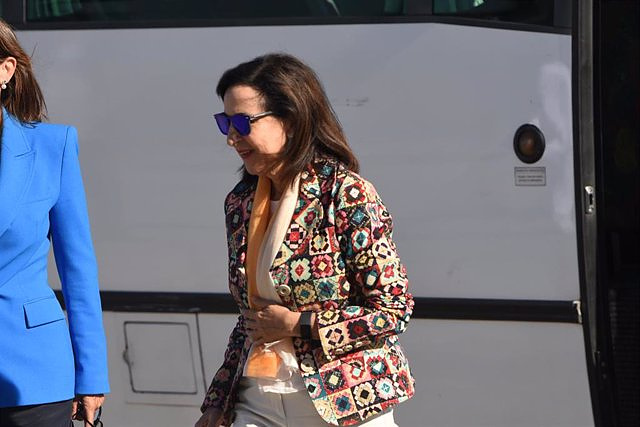 The Minister of Defense, Margarita Robles, has claimed this Monday the importance of the funeral of Queen Elizabeth II of England and has branded as "anecdotes" particular situations such as the presence in London of King Juan Carlos or whether or not it coincides with his son, King Felipe VI.

"The news is Queen Elizabeth's funeral and what it has meant for 70 years as part of the history of the entire world. The rest are anecdotes," he stressed during an interview on TVE, collected by Europa Press.

In this sense, Robles has assured that he does not know if the kings Felipe and Letizia will coincide with Don Juan Carlos and Doña Sofía, but in any case he believes that "that is not the news" and the focus should be on the unprecedented meeting of leaders that have harvested the funeral for Queen Elizabeth, with an important diplomatic significance as well.

Thus, he took the opportunity to tell a personal anecdote and remember the opportunity he had to speak with Queen Elizabeth II when London hosted the NATO summit in 2019. "I have very good memories because I thought she was a very professional and well-prepared queen ", he recalled.

In this context, Robles has also not wanted to delve into the possibility that Don Juan Carlos can return to Spain and has maintained that it is a decision that he must make together with the Royal House and the Government remains "respectful".

The minister has assured that she has "absolute and full confidence" in Felipe VI, who believes that he has proven to represent a "modern, 21st-century monarchy with values", and is sure that the Royal House will make "the best decision".

"We are in a country in which everyone has an opinion on everything, but we have to trust those who represent the institutions and I trust Felipe VI and that the decisions they make will be the best for the monarchy and for Spain," he concluded. .

‹ ›
Keywords:
Casa RealLondresRey FelipeRey Juan Carlos IMargarita Robles
Your comment has been forwarded to the administrator for approval.×
Warning! Will constitute a criminal offense, illegal, threatening, offensive, insulting and swearing, derogatory, defamatory, vulgar, pornographic, indecent, personality rights, damaging or similar nature in the nature of all kinds of financial content, legal, criminal and administrative responsibility for the content of the sender member / members are belong.
Related News