Ribera: "We must prepare for a scenario of zero gas delivery" by Russia

He affirms that the savings in gas consumption that Spain assumes will not reduce the quality of daily life and awaits the REE report on As Pontes. 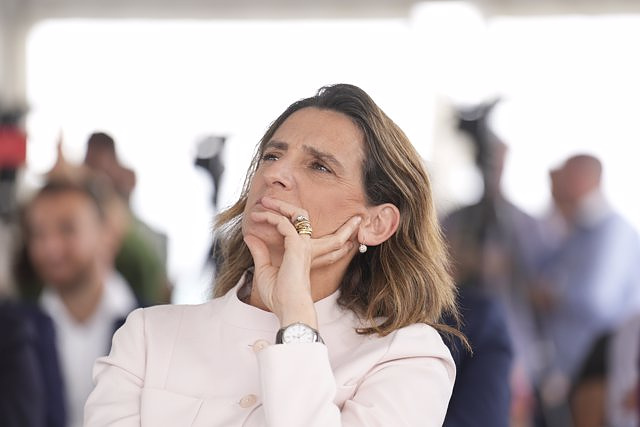 The Third Vice President and Minister for Ecological Transition, Teresa Ribera, has affirmed that Spain supports the plan to reduce gas consumption in the EU and has acknowledged that the agreement will require "efforts", but in the case of Spain, where the reduction in consumption it will be around 7%, "it will not affect our quality of daily life". She, however, has warned that "we have to prepare for a scenario of zero gas delivery" by Russia.

"It is a very important crisis situation, a global energy crisis situation where Europe stands up and says that it is not going to accept Putin's blackmail and therefore we have to prepare for a scenario of zero gas shipments. It is true, that this scenario does not affect Spain at first, because our supply comes through other routes, but it is also true that it affects us in a cascade due to the price and because we have decided that we are going to work together united and in solidarity" has argued the minister.

The 27 EU countries have pledged this week to reduce gas consumption by 15%, although exceptions are contemplated, including Spain, whose drop will be around 7%.

The third vice-president explained on the program 'Espejo Público' Antena 3 that what was approved "is that what we transfer to other countries or what we have to use for the production of electricity in times of stress when we can't use other technologies.

Ribera had criticized Europe's initial proposal, in which exceptions were not contemplated, because "it was not effective, it was unfair and not even efficient". For the third vice-president, the "added value" of Spain is to be "the logistics center from which to facilitate greater access to gas to central and northern Europe".

The minister assures that the result achieved in Brussels "is very important" and shows that "Europe wants to show solidarity and work together in difficult times. If someone needs help, we must give it to them in the most effective and efficient way".

The minister confirmed that, with a view to winter, in Spain gas consumption should be reduced by around 7%, making energy expenditure "as intelligent as possible".

In his opinion there are "many things" that we all know and can do but "we must incorporate it as a daily habit, as a reflex action", such as turning off the lights or lowering the blinds.

"For autumn and winter, we have to incorporate other measures that facilitate flexibility in the use of energy. If gas can be replaced by electricity, so much the better; if we can rapidly develop the use of biogas mixed with gas, both better," he explained.

"These are measures that require an effort, but that do not affect the quality of life or the way we are used to managing ourselves on a day-to-day basis, beyond having incorporated this type of habits that we had lost over time, because we we had gotten used to energy being something practically unlimited, and that is not the case," the minister said.

At this point, he ruled out, for the time being, the extension of the life of the As Pontes thermal power plant, in the process of closing, until the operator of the electrical system Red Eléctrica offers a technical report on the guarantees of supply.

The Government assured a few days ago that it would consider extending the life of the As Pontes thermal power plant if Red Eléctrica considered that, with the scenario opened as a result of the Russian invasion of Ukraine, it would be useful to guarantee 100% of the supply.

In this regard, Ribera assured that they have consulted the electricity system operator about supply guarantee scenarios "and they still haven't answered us."

"In principle, the scenarios that were handled, even with some tension, is that we do not need As Pontes to start operating again," said Ribera, who warned that, however, the coal markets are also "very stressed" and its price is sometimes higher than that of gas "adding to that of CO2".

"Fortunately, we have a generation park that allows us to function in principle, unless there is an accumulation of catastrophes and unforeseen events, without As Pontes having to reopen any of its groups," he justified.

With regard to nuclear plants, the minister assures that the important thing is that the dismantling is carried out safely and an alternative input capacity is ensured.

Regarding the relationship with Algeria, Ribera assured that relations with that country are "historic", transcending the "specific" moments in which tension can occur.

"I believe that Algeria is a reliable country, which maintains its contractual obligations, including those of investing in a compressor that has made it possible to increase the pumping capacity through the gas pipeline that reaches Almería," explained the third vice-president of the Government.

Likewise, he pointed out the intention of the Algerian state company Sonatrach to maximize the sale price of gas to Spain in the revision of the contracts, something that is settled at the negotiating table that it maintains with the Spanish gas companies.

‹ ›
Keywords:
UETeresa Ribera
Your comment has been forwarded to the administrator for approval.×
Warning! Will constitute a criminal offense, illegal, threatening, offensive, insulting and swearing, derogatory, defamatory, vulgar, pornographic, indecent, personality rights, damaging or similar nature in the nature of all kinds of financial content, legal, criminal and administrative responsibility for the content of the sender member / members are belong.
Related News